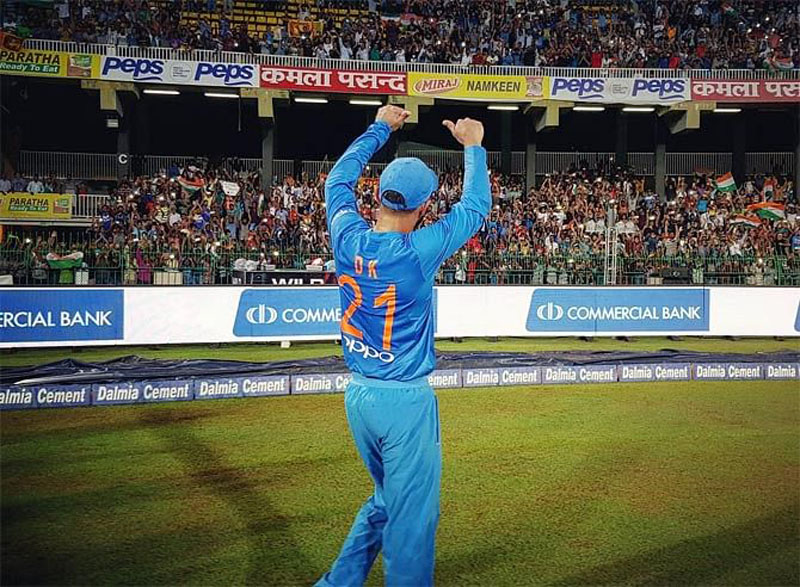 Mumbai: Indian cricketer Dinesh Karthik on Sunday said his hard work will continue as he earned a call-up to the national side for the T20 series against South Africa.

In his tweet, an elated Dinesh wrote after the news of his national team return broke: " If you believe yourself, everything will fall into place!  Thank you for all the support and belief...the hard work continues."

If you believe yourself, everything will fall into place! ✨
Thank you for all the support and belief...the hard work continues... pic.twitter.com/YlnaH9YHW1

Dinesh put up a strong performance for Royal Challengers Bangalore in the ongoing Indian Premier League.

The Indian batsman last played for India in the semi-final clash against New Zealand in the 2019 World Cup.

The Board of Control for Cricket in India (BCCI) on Sunday announced the squads for the T20I series against South Africa where Kashmiri speedstar Umran Malik was named.

The five-match Paytm T20I home series against South Africa will start from June 9 in Delhi.

The selectors named an 18-member squad for the series.

Senior players like Rohit Sharma, Virat Kohli and Jasprit Bumrah were rested for the T20 series.

KL Rahul was named as the skipper of the squad.