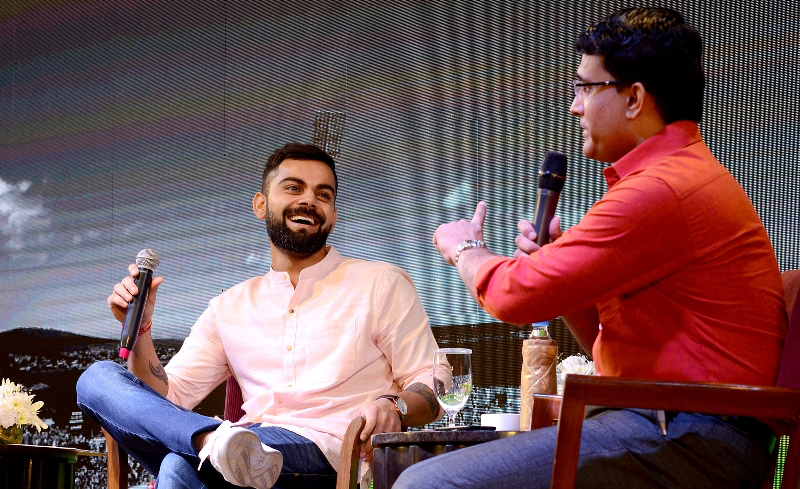 He will regain his form: Sourav Ganguly on Virat Kohli's lean IPL performance

Kolkata/IBNS: India's star batsman Virat Kohli's dull run in the 22 yards had started in international cricket and now it has spilled into the cash-rich T20 tournament Indian Premier League (IPL).

In the ongoing season of IPL, Kohli has so far scored just 128 at an average of 16 including two consecutive ducks.

As cricket experts are having disparate opinions on Kohli's batting, former Indian captain and cricket board (BCCI) chief Sourav Ganguly is confident that the maestro will soon be back in form.

"I don't know what is going on in Virat Kohli's head but I am sure he will regain his form and get some good runs. He is a great player," Ganguly said as quoted by several media.

Along with Kohli, Indian captain Rohit Sharma, who leads Mumbai Indians in IPL, is also struggling to score runs adding to his franchise's forgettable run in this season.

"They are great players and I am sure they will get back in form," Ganguly said, being hopeful that the two icons will be among runs soon.