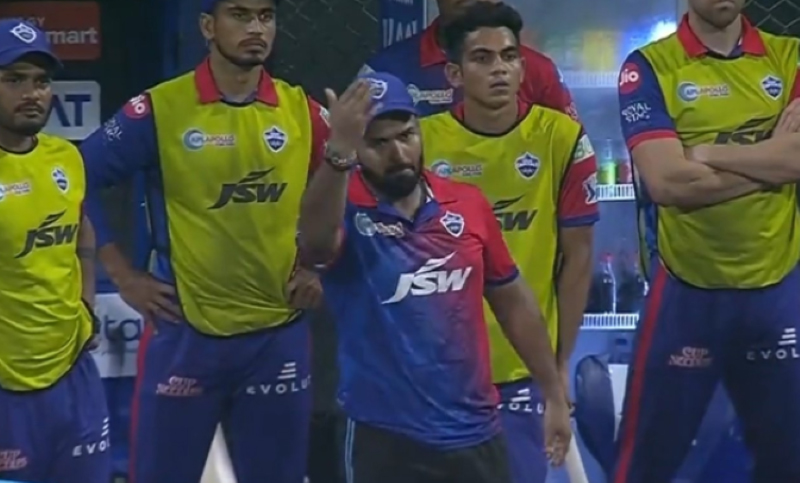 Mumbai/IBNS: Former cricketers have slammed Delhi Capitals' young captain Rishabh Pant for allegedly displaying bad sportsmanship by calling back his two batsmen after a decision by the on-field umpire was found out to be a mistake in an Indian Premier League (IPL) match against Rajasthan Royals.

The incident happened in the last over of the match when Delhi needed 36 runs.

Rovman Powell, who had hit three back to back sixes, was caught hitting a ball (read no ball), which was above his waist.

However, the umpire gave no "no ball" signal infuriating Pant, who urged Powell and his partner Kuldeep Yadav to return to the dugout.

As the two headed to the dugout, the umpire stopped and asked them to stay.

The incident has triggered sharp reactions from the cricket greats who have called out Pant for allegedly poor sportsmanship.

Former English player Kevin Pietersen told the broadcaster, "The way Rishabh Pant was thinking about the game... that's more concerning to me than the umpire's call. I think that wouldn't have happened at all if Ricky Ponting was there. Jos Buttler had every right to walk over to Rishabh Pant and say, 'What on earth are you doing?'

"For them to send one of their coaches to the field and think that it was correct behaviour... we play the gentleman's game. People make mistakes. How many times have we nicked off or not nicked off to be given out. We have been given out lbw when it wasn't out."

Former Indian captain Mohammed Azharuddin tweeted, "Bad sportsman spirit on display by #DelhiCapitals. Cricket is a game of gentlemen and this behaviour is completely unacceptable."

Bad sportsman spirit on display by #DelhiCapitals
Cricket is a game of gentlemen and this behaviour is completely unacceptable. #IPL20222 #DCvsRR

After the incident, the match had again resumed, ending up with a 15-run win for Rajasthan.