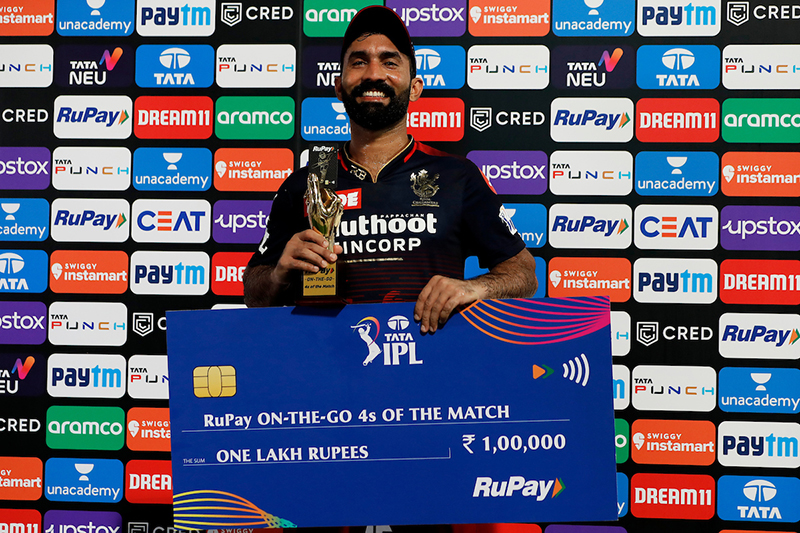 I am not done yet: Dinesh Karthik after his match winning knock against RR

Mumbai/IBNS: Indian wicketkeeper-batsman Dinesh Karthik has replicated his match winning knock against Bangladesh many times in the Indian Premier League over the last few years.

After he was released by Kolkata Knight Riders, Karthik was picked by Royal Challengers Bangalore in IPL 2022.

On Tuesday, Karthik rescued his franchise in a match, which was otherwise heading to Rajasthan Royals' pocket, slamming an unbeaten 44 off just 23 balls.

🗣️🗣️ "I am not done yet; I have a goal and I want to achieve something"@DineshKarthik on his transformation and goals ahead 👍 #TATAIPL #RRvRCB pic.twitter.com/ctOu0q4j79

Speaking in the post match session, Karthik said, "I have made a conscious effort this year to do justice to myself because I felt I could have done a little better last year. So the way of training was a little different (this year)."

"I was making a conscious effort to tell myself that I am not done yet. I have a goal and I want to achieve something. I tried my best in terms of preparation," he added.

Karthik along with Shahbaz Ahmed (who scored 45 off 26 balls) powered Bangalore to chase down the target.