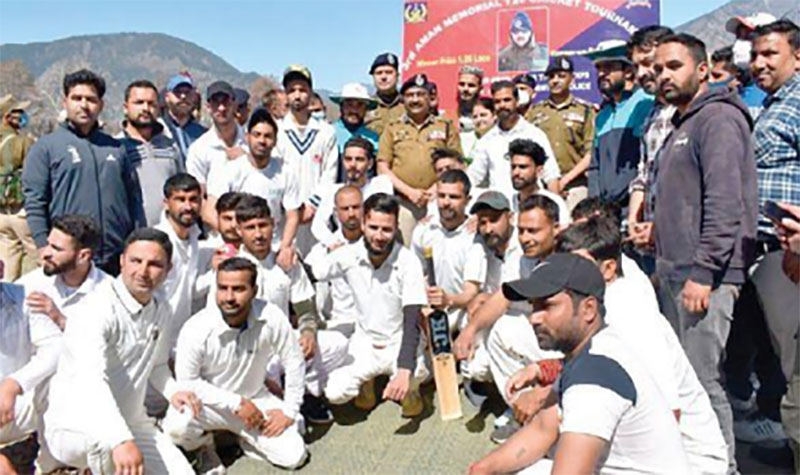 He led the officers/officials and citizens in observing two minutes of silence in memory of Shaheed Aman Thakur and other martyrs of J&K Police.

Speaking on the occasion, the DGP said this tournament provides an opportunity to pay tribute and homage to the brave officers and jawans of J&K Police.

Jammu and Kashmir Police is proud of their martyrs who while protecting people and the nation sacrificed their lives and illuminated the name of our force and country, and wrote their names in golden letters in our collective memory, he said.

The DGP while remembering the sacrifice of Martyr DySP Aman Thakur further said, in 2019 while fighting terrorists in an encounter in Kulgam the brave officer laid down his life, while evacuating one of his Army colleagues who was injured in the  same encounter.

He said that it was a sad day. The DGP said that the aim of organizing different  sports events by the J&K Police is to celebrate sports, mutual brotherhood and to  remember and pay tributes to the martyrs.