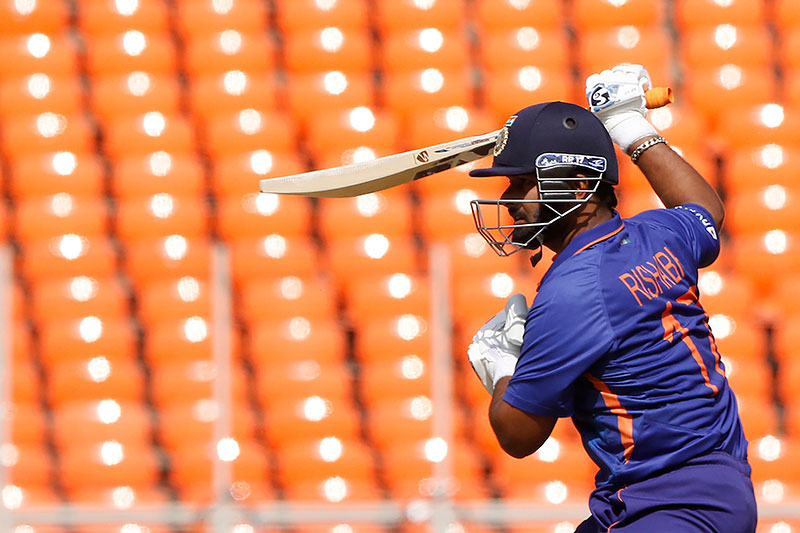 Iyer and Pant rebuild India's innings following an early collapse, which had reduced the hosts to 42/3 after opting to bat first.

West Indies controlled the powerplay overs as Alzarri Joseph got rid of both the current skipper Rohit Sharma (13) and former captain Virat Kohli (0) in the space of just two balls.

Rohit got an inside edge while attempting a cover drive and his middle stump flattened, while Kohli was caught by Shai Hope after nicking a leg-side.

Odean Smith further added to India's batting woes as Shikhar Dhawan departed for 10. Iyer and Pant steadied the ship and soon found some momentum to accelerate.

The right-hander targeted Smith for a couple of boundaries. Iyer, who had missed the first two ODIs due to Covid-19, brought up his half-century off 74 balls.

However, Hayden Walsh got the much-needed breakthrough as he dismissed Pant for 56. Suryakumar Yadav, who had lifted India in the first two games, failed to carry his momentum as Fabian Allen got rid of him cheaply for 6.

Walsh returned and got the crucial wicket of Iyer for 80.

The right-hander gave a simple catch to Darren Bravo at long off. Washington Sunder (33) and Deepak Chahar (38) chipped in towards the end before West Indies bundled out India. Holder took a four-wicket haul for West Indies, while Joseph and Walsh picked two each. Smith and Allen got a piece each.