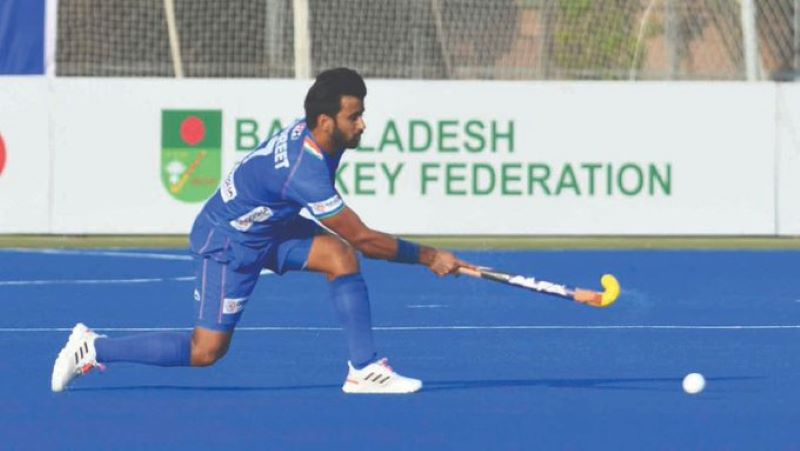 The matches will be played from February 8 to 13 in Potchefstroom, South Africa.

Chief Coach Graham Reid said, "With a very busy and important year ahead, the Indian team is excited to be back on the world stage and playing in the latest edition of the FIH Hockey Pro League. After a three week camp in Bengaluru, a team has been selected that includes 14 Tokyo Olympians and 2 debutants."

"We have tried to choose an experienced group that will not only give us a great opportunity to start this season of the Pro League in a positive manner, it reflects the high quality of opposition we will encounter in the opening games."

"We are also using this opportunity to debut 2 new players. Jugraj Singh, a versatile defender/midfielder who adds to our drag flick options and Abhishek is a strong, fast striker who loves scoring goals," Reid added.

Team India will leave from Bengaluru for South Africa on Feb 4.

India will play France on Feb 8 and 12, followed by matches against South Africa on February 9 and 13.