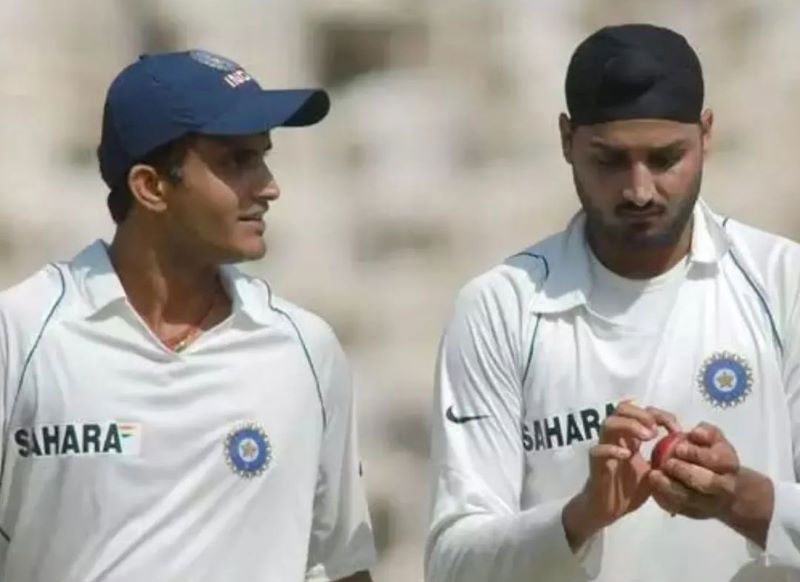 Taking to Instagram, Ganguly shared two pictures from his playing days and said, "An absolute master of his art ..what stood out for him was his guts ..what an absolute honour to play with him ..."

Singh, whose career blossomed under Ganguly's captaincy in the early years of 21st century, played 103 Tests, 236 One Day Internationals (ODIs) and 28 T20Is for India.

The spin bowler has 417 Test wickets in his kitty.

In an official statement, the Board of Control for Cricket in India (BCCI) president said, "I congratulate Harbhajan Singh on a remarkable career. He has faced several challenges in his life, but Bhajji is not the one to give up. He has overcome many hurdles and put many setbacks behind him to rise every time."

"What inspired me the most about him was his hunger to perform. His strength was his guts and courage. He was always very passionate, and his immense self-belief meant he never shied away from a fight. He also kept the dressing room atmosphere light and that is something really important," he said.

“His first full Test series against Australia in 2001 is the greatest that I have seen where one bowler single-handedly won the series. He was a captain’s delight. As a bowler, he hated putting fielders in the deep. Bhajji has been an absolute match winner. He should be proud of what he has achieved. I want to tell him that the new innings in his life will be as exciting," Ganguly added.