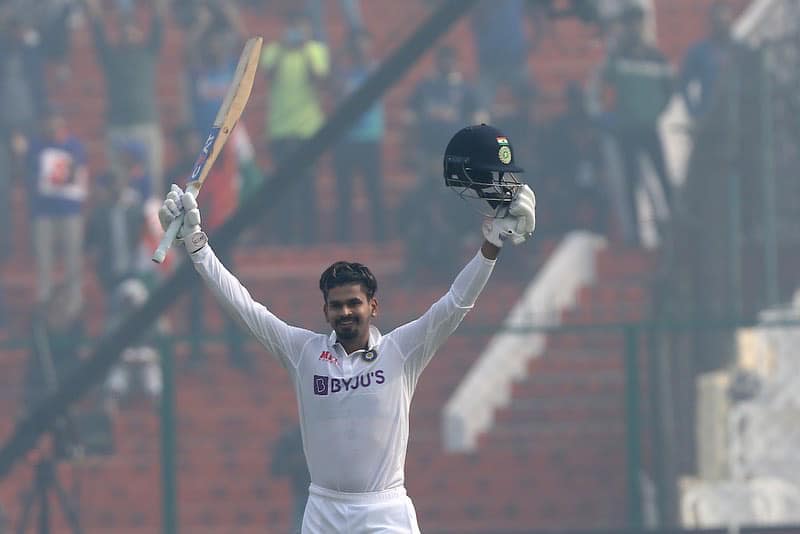 Shreyas Iyer becomes first Indian to score a ton, fifty in each innings of debut Test

Kanpur, Nov 28 (UNI) Shreyas Iyer became the first Indian batter to score a century and a half century in each innings of a debut Test.

The dashing Mumbai batter achieved this milestone on Day 4 of Kanpur Test against New Zealand on Sunday, as he cracked a brilliant 65 after India were tottering at 51 for 5.

West Indian Lawrence and Pakistan's Yasir, however, are bracketed in a very special category of scoring debut centuries in both innings. The West Indian scored 214 and 100 not out against New Zealand at Sabina Park in 1972 and the Pakistan national hammered 170 and 105 against Bangladesh at Karachi in 2003.

As many as 38 batsmen have made fifties in each innings on Test debut. Among them, there are two Indians who have achieved the record. They are Dilawar Hussain and Sunil Gavaskar.

KS Ranjitsinhji was the first to achieve the milestone by scoring 62 and 154 not out against Australia at Old Trafford in 1896.

Three batsmen have cracked double tons on their Test debut. They are Brendon Kuruppu (201 not out) against New Zealand at Colombo CCC in 1986-87, Matthew Sinclair (214) against West Indies at Wellington in 1999-00 and Jacques Rudolph (222 not out) against Bangladesh at Chittagong in 2002-03.

Two others scored double-tons on Test debut, but had batted in the other innings as well. Rowe scored 214 and followed it with 100 not out, while Tip Foster followed his 287 with 19 against Australia at SCG in 1902-03.