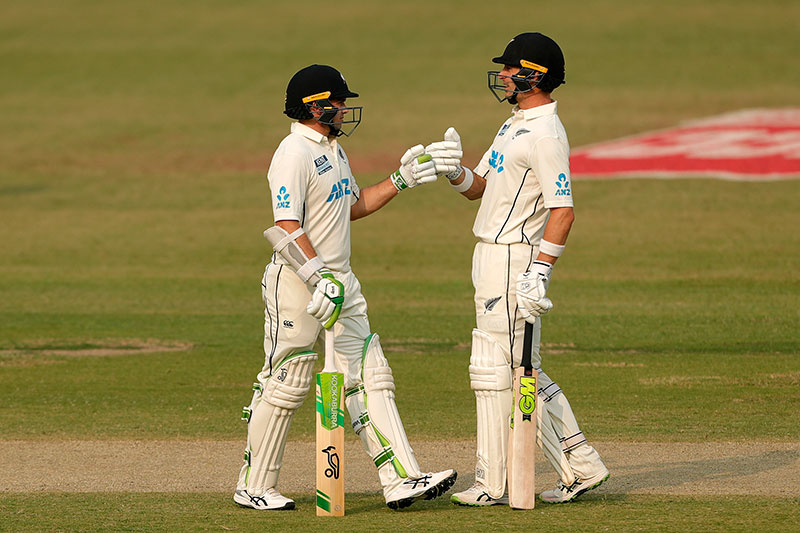 Young, Latham give New Zealand solid start in reply to India's 345 in Kanpur

Kanpur/IBNS: Will Young and Tom Latham gave New Zealand a perfect start which the visitors would have dreamt for after the Kiwis bowled out India for 345 in the first innings of the inaugural Test here on Friday.

Though India played three spinners in the match, none among Ravichandran Ashwin, Ravindra Jadeja and Axar Patel could pick a wicket after toiling for half the day.

The first session of the day had, however, remained in the grip of young batsman Shreyas Iyer who slammed his first hundred right on the debut match.

Iyer, who played the most important role in steadying the Indian innings, could add only five runs to his hundred before falling prey to Tim Southee, who picked five wickets, ending his memorable knock.

Ravindra Jadeja, who aptly supported Iyer on Thursday, failed to add a single run to his 50-run knock in the morning.

Another important knock came from Ravichandran Ashwin, who credited himself with 38 valuable runs pushing his team's total to 345 until Ajaz Patel sent back 11th man Ishant Sharma to the change room.