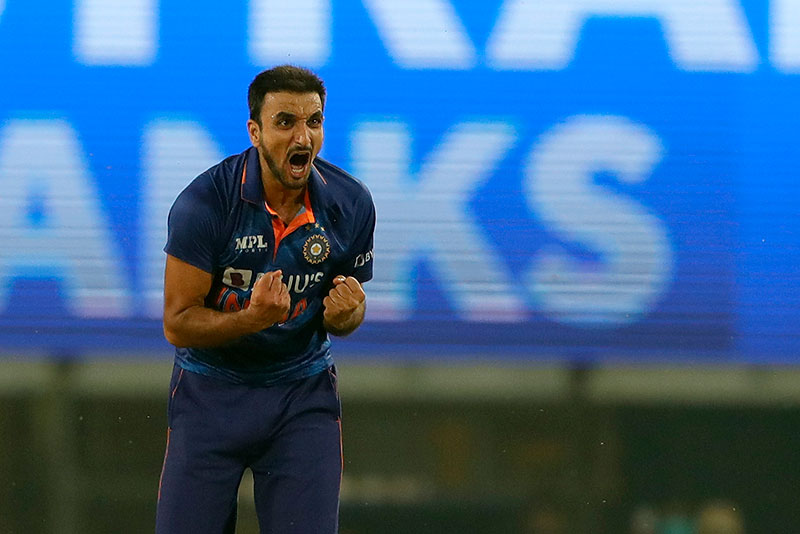 I am not exceptionally talented, but built my game from ground up: Debutant Harshal Patel

Ranchi/UNI: Harshal Patel had a dream start to his T20I career for India, though at the age of 30, bagging his maiden Player of the Match prize after he picked up two crucial wickets in his debut match against New Zealand here at the JSCA International Stadium on Friday.

The Haryana lad, in the company of seasoned Ravichandran Ashwin and Bhuvneshwar Kumar, restricted the run flow of New Zealand batsmen, when they showed their intent to go after the Indian bowlers.

Harshal, who admitted he is not an exceptionally talented player, scalped the vital wickets of Daryl Mitchell and Glenn Phillips who looked set to hammer the Indian bowlers out of the park.

His contribution was no less than the fifties of KL Rahul and skipper Rohit Sharma, whose knocks helped India to seal the three-match T20I series.

Speaking at the presentation ceremony, Harshal said, "The match did run through. When you are in the process you just get engrossed. It will sink in and it has been a great game. I couldn't have asked for a better debut."

Talking about his journey so far, Harshal said he is not an exceptionally talented player and had to build his game from ground up.

He made mistakes, the Player of the Match said, but found out what his strengths and weak points are.

"It has been a great journey and has taught me many lessons which will hold me in good stead even after cricket. I feel you don't need too many variations. You just need to know what works for you and need to package it well," he said.

"I couldn't bowl those yorkers and loopy slower ones in these conditions. The yorker is a delivery I would like to use and get better at. I have seen myself fall into shiny things so many times. It is another platform for me to come, perform and show my skills. Just want to do that and enjoy whatever comes my way," he added.

On his performance, Sharma said Harshal has done it time and again and is a very skillful bowler.

"Even in these conditions, he used the slower ball really well," he added.