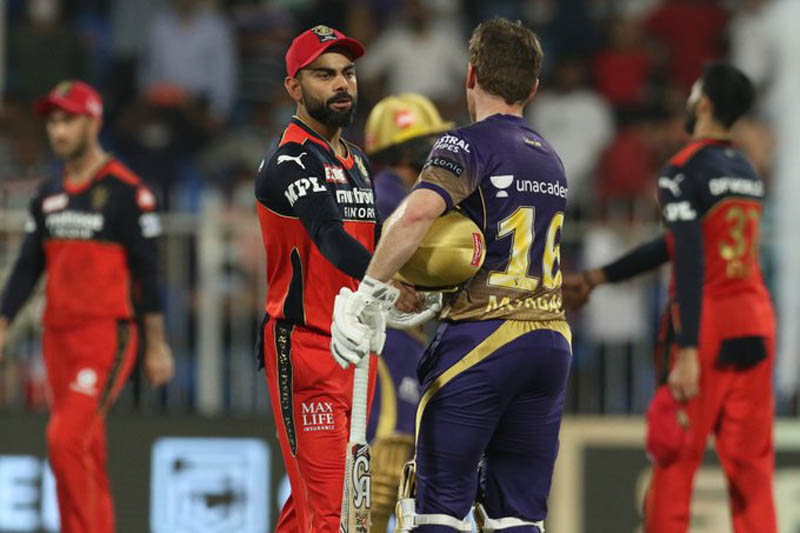 The West Indies star took 4/21 then fired a crucial 15-ball 26 knock chasing 138 to set up KKR's clash for the final against Delhi Capitals on Wednesday.

Chasing 139, KKR openers Shubman Gill and Venkatesh Iyer quickly added 41 runs for the first wicket with the highlight of the partnership being latter's three consecutive fours in the fourth over.

Iyer and Nitish Rana steadily added 26 runs for the third wicket as Chahal and Maxwell chocked KKR for runs in the next five overs.

Iyer, who never really managed to settle down, was put out of his misery by Patel after playing a 30-ball 26 knock. The wicket left KKR in a spot of bother at 79/3 in the 12th over.

However, the pressure was lifted in no time with freshly-in Narine firing three sixes in the next over by Dan Christian.

The fireworks changed the equation to less than a run-a-ball to chase for KKR but there was still a twist in the tale with Rana (23 off 25) Narine (26 off 15) and Dinesh Karthik (10 off 12) departing in quick succession.

Rana was dismissed while failing to clear the long-on boundary off Chahal, Narine and Karthik fell prey to Mohammed Siraj.