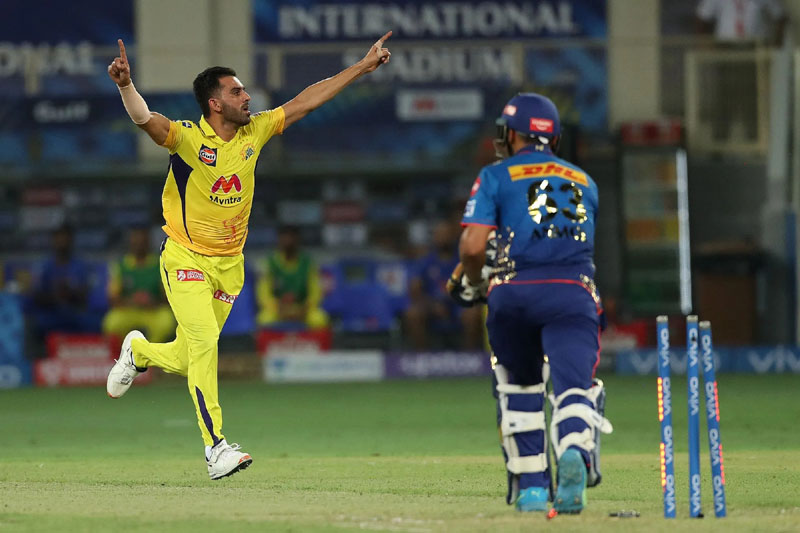 Dubai: Chennai Super Kings started their IPL campaign, a session which has once again started following a brief break after COVID-19 cases started to rise in India earlier this year, with a bang by beating Mumbai Indians by 20 runs here on Sunday.

The remaining matches of the tournament were shifted to the UAE after COVID-19 cases spiked in India earlier this year.

Dwayne Bravo remained the pick of the CSK bowlers as he took three wickets.

Ruturaj Gaikwad hammered 88 runs as Chennai Super Kings managed to score 156 runs for the loss of six wickets in an Indian Premier League clash against Mumbai Indians here on Sunday.

Ruturaj hit nine boundaries and four sixes in his heroic innings that was played at a time when Mumbai kept on picking up CSK wickets to put MS Dhoni's side in trouble.

Dwayne Bravo (23) and Ravindra Jadeja (26) added some runs at the end of the innings.