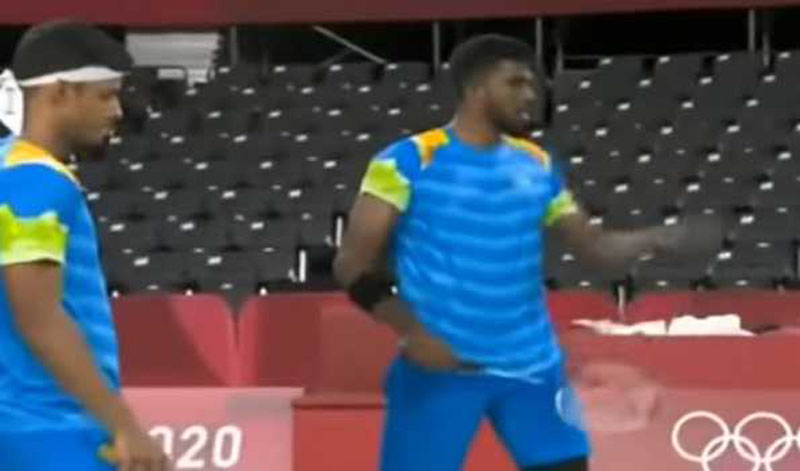 The Indian duo could never get into any kind of rhythm and suffered a straight games 13-21 12-21 los in 32 minutes against the top-seeded team. It was their ninth defeat to the Indonesian pair in as many meetings.

Coming from a moral boosting win over the world No 3 Lee Yang and Wang Chi-Lin of the Chinese Taipei, the Indians pushed the Indonesians in the initial exchanges with their quick returns and powerful drives but the Indonesians soon upped their game to register a comfortable win.

With this win, Indonesia have sealed their place in the quarter-finals of the Tokyo Olympics.

India, on the other hand, will need to beat Great Britain's Ben Lane and Sean Vendy in their final group game on Tuesday to make it to the last eight.