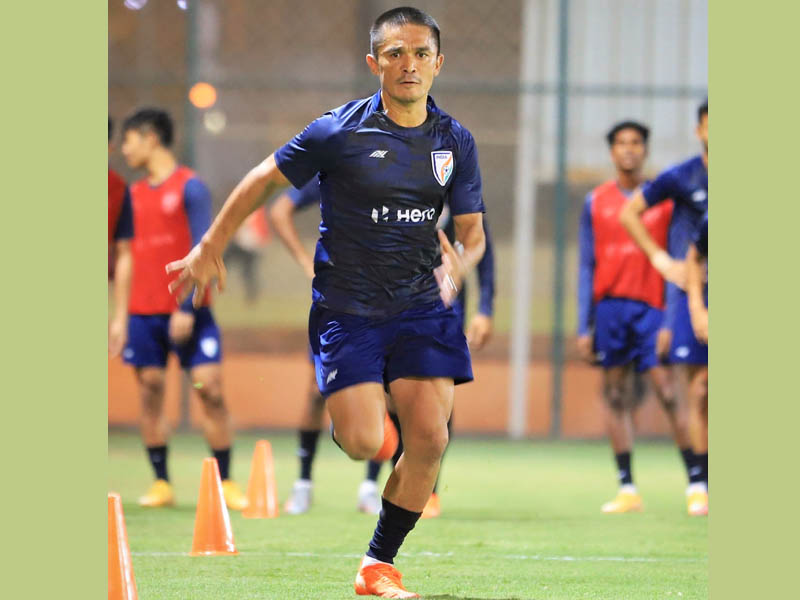 With double goals against Bangladesh in the FIFA 2022 World Cup Qualifiers, Chhetri's tally has further improved to 74, just behind Portugal's Cristiano Ronaldo, who has 103 goals under his belt.

🤩 He’s now got more than Messi! Sunil Chhetri’s double earns the Blue Tigers a 2-0 win in #WCQ and moves him on to 74 international goals – above Lionel Messi and one off entering world football’s all-time top 10 🧗‍♂️@chetrisunil11 | @IndianFootball pic.twitter.com/sCCd6BgS9H

Messi scored his 72nd goal against Chile on Thursday.

With their first victory in 11 matches, the Blue Tigers now have six points from seven matches in Group E and kept their hopes alive of guaranteeing an automatic berth in the third round of the AFC 2023 Asian Cup qualifiers.

India will next play Afghanistan in their last group league match on Jun 15.