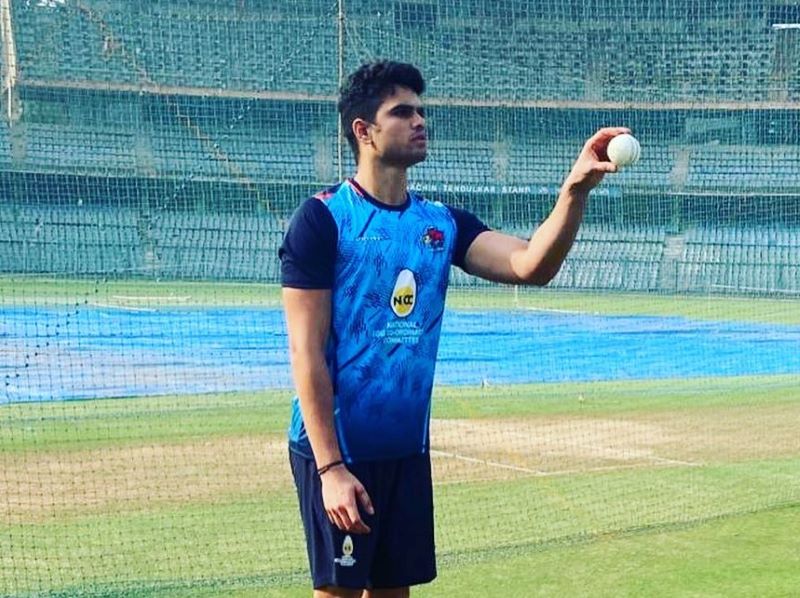 Mumbai/IBNS: Cricket legend Sachin Tendulkar's son Arjun Tendulkar has registered for the player auction for the first time in the cash-rich tournament Indian Premier League (IPL) for the upcoming season.

Tendulkar's base price has been fixed at Rs. 20 lakh.

The 21-year old made his T20 debut during the Syed Mushtaq Ali Trophy.

In the debut match, he picked 1/34 for Mumbai against Haryana.

As many as 1097 players have registered for the IPL 2021 auction to be held here on Feb 18, the league said on Friday.

The player registration deadline closed on Thursday and the list comprises 207 capped, 863 uncapped and 27 Associate players. Of these, there are 21 capped Indian, there are 186 capped international and 745 uncapped Indians.

Most entries have come from the West Indies (56) followed by Australia (42) and South Africa (38).

"If every franchise were to have the maximum of 25 players in their squad, 61 players will be taken in the auction (of which up to 22 may be overseas players)," read the IPL statement on Friday.

The auction, scheduled a day after the second Test between India and England, will start at 3 pm local time.

The register for IPL auctions has a few new notable names, and some surprise entries. Australia pacer Mitchell Starc has stayed away once again whereas S Sreesanth has enlisted for the auctions after coming out of ban.

Among international players, Steve Smith, Glenn Maxwell, Colin Ingram, Mark Wood and Moeen Ali have all given themselves a base price of Rs 2 crore, the maximum that's available.