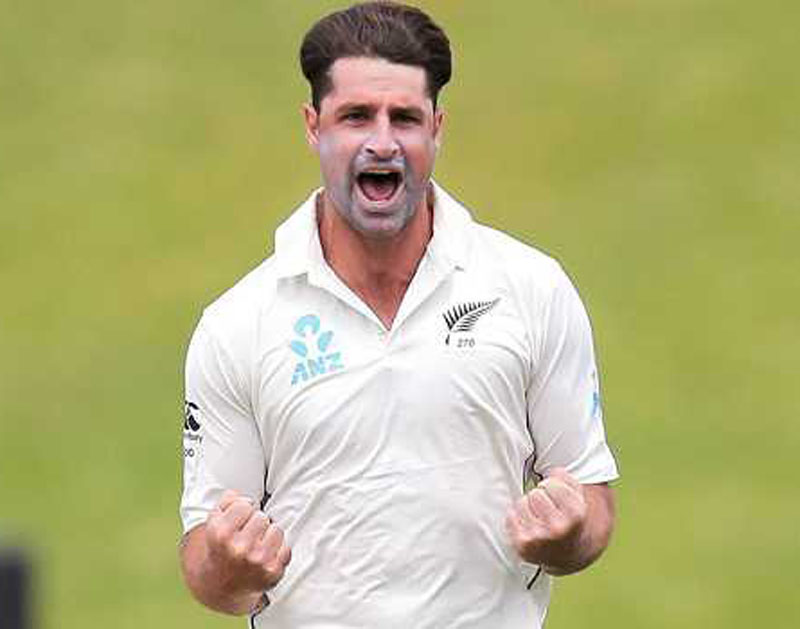 Wellington/UNI: New Zealand all-rounder Colin de Grandhomme has been ruled out of the Test series against West Indies due to bone bruising in his right foot.

"It’s disappointing for Colin to be ruled out of the Tests completely and he’ll now target being fit and available for the Boxing Day Test against Pakistan at Bay Oval," said coach Gary Stead, on Wednesday.

All-rounder Daryl Mitchell, who has featured in one Test, has been named as de Grandhomme's replacement for the two-Test series, which will also form a part of the ICC World Test Championship. Mitchell made a steady 73 in the drawn Test against England at Hamilton last year.

Spinner Ajaz Patel, who is recovering from a left calf tear, will not be participating in the first Test and a call on his availability for the second Test will be taken in due course.

Meanwhile, New Zealand have drafted Mitchell Santner into the squad as cover in the spin department.

"Ajaz will join the team in Hamilton to have treatment and train. We will make a call on the second Test in Wellington closer to the time," Stead said.

"The unavailability of Colin and Ajaz has obviously had a flow-on effect to our T20 squad who are providing the replacement players for the Test squad," he said.

"I highlighted last week how tight and complex the schedule was - so when you throw in some injuries, it really begins to challenge how you juggle your resources," Stead added.

Stead also revealed that Santner will be leading the Black Caps in the final T20I against West Indies, an ICC report said.

"I’d like to acknowledge Mitch Santner for taking on the responsibility to captain the T20 side," Stead said and added, "It’s a great honour to lead your country and I know his calm demeanour along with the sheer amount of international experience he’s amassed in the past five years will hold him in good stead."

"Mitch and Daryl will be available for the final T20 game, before linking up with the Test squad on Tuesday where we will monitor them closely to ensure they’re fit and fresh ahead of the first Test on Thursday."