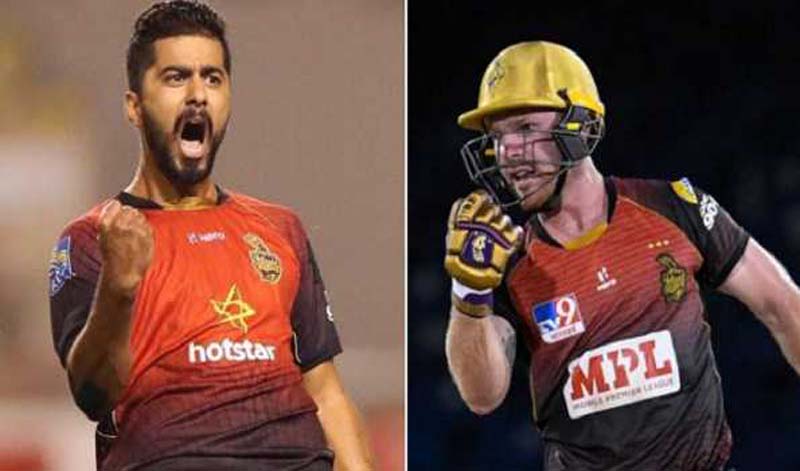 Ali Khan, who was roped in for the injured English seamer Harry Gurney, has himself been ruled out of IPL 2020 due to a side strain injury he was carrying from the Caribbean Premier League.

According to KKR CEO Venky Mysore, the USA fast bowler was on the verge of recovery but he couldn't recuperate in time and that resulted in his replacement, Cricbuzz reported.

Pakistan-born Ali Khan, after being signed by KKR ahead of the IPL 2020 season, was set to become the first USA cricketer to play in the marquee T20 league. But, his maiden stint at the cash-rich league ended without playing any game.

Earlier, Seifert's domestic team, Northern Districts, had confirmed that the batsman will be an absentee for the Plunket Shield as he was called in as a replacement player in IPL.

Both, Ali Khan and Tim Seifert were a part of CPL 2020 champions - Trinbago Knight Riders. Ali Khan bagged 8 wickets in the tournament, while Seifert scored 133 runs in nine innings at a strike rate of 109.91.