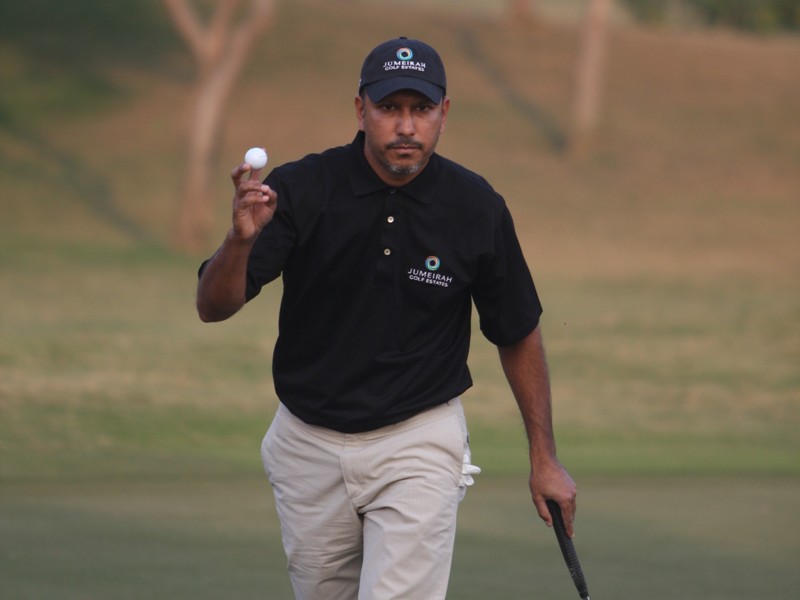 New Delhi/IBNS: Indian golfing great Jeev Milkha Singh, who like most sportsmen around the world has been away from the rigours of competitive sport for the last few months as a result of the Covid-19 pandemic, recently took time out to speak to PGTI where he reflected on some interesting aspects from his formative years and his glittering professional career.

Forty eight-year-old Jeev, a two-time Asian Tour Order of Merit champion, has been widely regarded as India’s most successful professional golfer on many yardsticks, be it most international titles (13) for an Indian, the highest world ranking (28) achieved by an Indian or four or more victories on three major international tours - European Tour, Japan Golf Tour & Asian Tour.

While Jeev imbibed a sense of discipline early on in his life from his father Milkha Singh, the legendary sprinter, his years at boarding school (Bishop Cotton, Shimla) instilled in him a competitive spirit.

Jeev said, “Boarding school life is a special phase. It teaches you to be independent, to fend for yourself and if you make a mistake you have to learn to correct it yourself. It also teaches you determination and makes you an all-round personality. Since each boarding school has different houses there is a strong tradition of intense competition between these houses, especially in sports.

“There is also great camaraderie between students as it’s like an extended family. Spending morning to evening together for most part of the year, students especially classmates end up having a special bond for life. All these qualities later contribute in achieving success in life,” added Jeev, who was honoured with the Arjuna Award in 1999 and the Padma Shri in 2007 by the Government of India.

Singh’s mother Nirmal Kaur has also been an accomplished sportsperson having represented India in volleyball. The Chandigarh lad thus grew up in a sporting environment and was always inclined towards sport.

He said, “I was good in multiple sports while at school but golf was always my passion. My parents whole-heartedly supported my decision to take up a career in golf. Today, I consider myself fortunate enough to make a living out of what I love doing.

“In my early years in golf I had great company on the course as the likes of Uttam Singh Mundy, Amandeep Johl, Amritinder Singh and Harmeet Kahlon were all my contemporaries.

"We were all good friends and grew up together in Chandigarh. We competed hard against each other and as a result helped in improving each other’s game. All of us finally went on to play at the international level,” said Jeev, who has the distinction of having made 14 appearances at the Majors.

Singh attended college in the United States at the Abilene Christian University (ACU) in Texas. He made quite a name for himself as a golfer during his college days in the US as he won the NCAA Division II Individual Golf Championship in 1993 and was also named in the NCAA Division II All-America Golf Team in 1992. Jeev’s alma mater ACU inducted him into its Sports Hall of Fame in 2007.

Jeev, often addressed by his nickname ‘Kaka’ by his family and close friends, chose two moments as the most cherished memories of his glorious professional career so far.

Jeev, a professional golfer since 1993, stated, “Winning the Scottish Open in 2012 has to be right up there because Scotland is known as the ‘Home of Golf’ and winning the National Open there is the stuff that one dreams of. Winning the Volvo Masters in Valderrama, Spain in 2006, the year-end Tour Championship of the European Tour, was no less an achievement either.

“It’s very difficult for me to pick among these two because both are among the most prestigious tournaments in the golfing world. Both memories are very special for me and would stay with me for the rest of my life.”

Jeev also spoke about how he learnt to handle lean patches during his career.

“Handling lean patches is part of every professional athlete’s career. Three things are very important during such phases. Firstly, never lose the belief system. Secondly, you got to set high standards for yourself so that you keep pushing yourself. Finally, you got to stay positive and work hard, work towards setting goals.

“In lean patches the body dominates the mind whereas it should be the other way round with the mind telling the body what to do. Mind is the most powerful muscle and you got to put it to use to the most at that time. If you’re good and healthy in your mind, everything is good for you,” said the four-time European Tour winner, who now has a tournament instituted in his name on the Professional Golf Tour of India (PGTI).

Jeev, also a four-time winner on the Japan Golf Tour, realized the importance of mental training early on in his career when the concept was still quite new to the world of golf.

“Mental training was not really an integral part of the sport when I started out. Some people knew about it. But I was one of the few who worked quite hard on it back then. Even today I focus a lot on the mental aspect be it through yoga or meditation. The mind needs good seeds to be planted that in turn give rise to good thoughts.

“In the current scenario where we face a lot of uncertainty due to the prevailing pandemic and its consequences such as lockdown, quarantine and social distancing, good mental health assumes even greater importance.

“Just dedicating half an hour to yoga and meditation each day can make a big difference in our lives in these anxious times,” said the Indian trailblazer, who now harbours ambitions of playing on the Seniors Tour after the age of 50.

Jeev’s most well-known fashion statement on the course has been his habit of buttoning up his t-shirt till the top.

Jeev said, “I always looked up to American golfer Fred Couples. I admired how Couples, a former world no. 1 and Masters champion, carried himself on and off the course. He used to button up his t-shirt till the top. I really liked that style.

“So, drawing inspiration from Couples, I also began buttoning up till the top especially when I played in cooler climes in Europe, Japan and Korea. I generally don’t do it when I’m playing in hot weather in South-East Asia,” added the movie buff Jeev, who admitted to watching a lot of movies and series during the lockdown before the Chandigarh Golf Club opened in the second half of May.