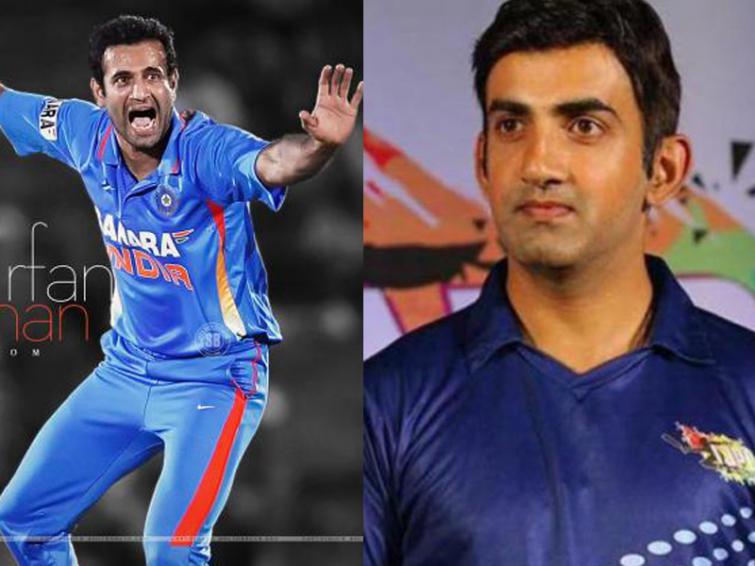 Mumbai/UNI: In a first-of-it's-kind, Star Sports will broadcast the historic 2007 ICC World T20 final on Friday, with heroes of that day Gautam Gambhir and Irfan Pathan doing live commentary for fans.

The duo will join Jatin Sapru and Deep Dasgupta on Star Sports Hindi (SS 1 Hindi, SS First and SS 3) at 1500 hrs, as they recall those memorable moments and will dish out interesting anecdotes from the field of play in a special 'Watchalong' of the Finale.

For the first time, viewers will be able to watch the game and at the same time, hear from their heroes about what exactly happened during those nerve-wrecking moments in Johannesburg on September 24, 2007.

The 2007 World T20 final was testament to the fact that Team India made the impossible possible, against all odds.

After opting to bat, India lost it's first two wickets with just 40 runs on the board. Gambhir then proved to be the mainstay of the innings and kept on clobbering regular boundaries, which ensured the scoreboard ticking.

Yuvraj Singh, the hero from that epic semi-final match against Australia, found it tough to get going and was dismissed for just 14 runs. Skipper MS Dhoni too departed cheaply for just 6. Rohit Sharma, in the end, played a cameo of 30 runs to take the team total to 157/5 in the allotted 20 overs.

A gruelling chase ensued. Pakistan's innings failed to get any type of momentum and the side was reduced to 77/6 in the 12th over. Misbah-ul-Haq then decided to take matters in his own hands and started dispatching Indian bowlers all around the park.

In the final over, Pakistan were clear favourites as they needed just 13 runs. However, Dhoni pulled out a rabbit from the hat and threw the ball to Joginder Sharma to bowl the last six balls.

Misbah smashed the second ball for a six and Pakistan were just 6 runs away from the target. But on the third delivery, he played a horrendous shot as he went for a scoop over short fine-leg and ended up handing a simple catch to S Sreesanth to give India a victory by five runs, a moment that got etched in Indian cricket history forever.

Irfan Pathan was named Man of the Match in the final for his sensational bowling figures of 3/16 defending 157. Gautam Gambhir was another hero for India who had smashed 75 off just 54 deliveries in the title clash to help the team post a formidable total.

Indian cricket changed forever after the team, under the leadership of Dhoni won the inaugural T20 World Cup in 2007 in South Africa by defeating the arch-rivals Pakistan.