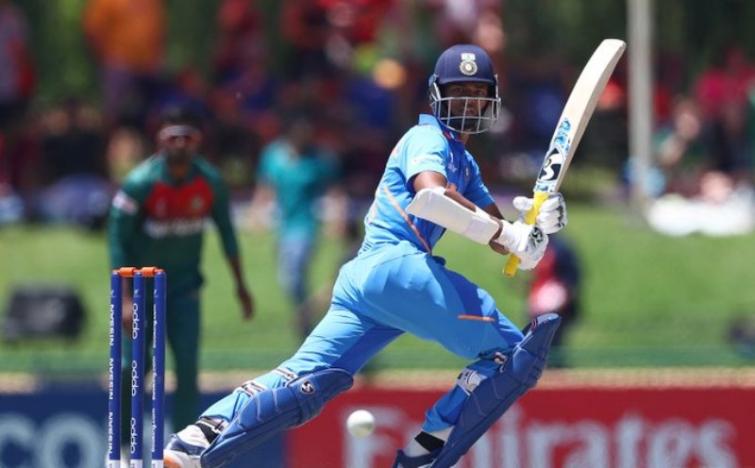 Under 19 World Cup: Bangladesh bowl out India for 177

Potchefstroom/IBNS: Bangladesh U-19 team put up a spirited performance as they bowled out the Indian side for 177 runs in 47.2 overs in the final of the Under-19 World Cup here on Sunday.

Bangladesh is playing the final match of the tournament for the first time.

Yashasvi Jaiswal scored a brilliant 88 but India batsmen were unable to keep the momentum going at the other end and kept losing wickets at regular intervals.

Varma remained the second-highest run-scorer in the side with his well-crafted 38.

Bangladeshi bowlers dominated the match in the entire innings as Avishek Das picked up three wickets to make things tough for the young Indians.

Tanzim Hasan Sakib and Shoriful Islam claimed two wickets each in a game which will decide the new winner of the cup.