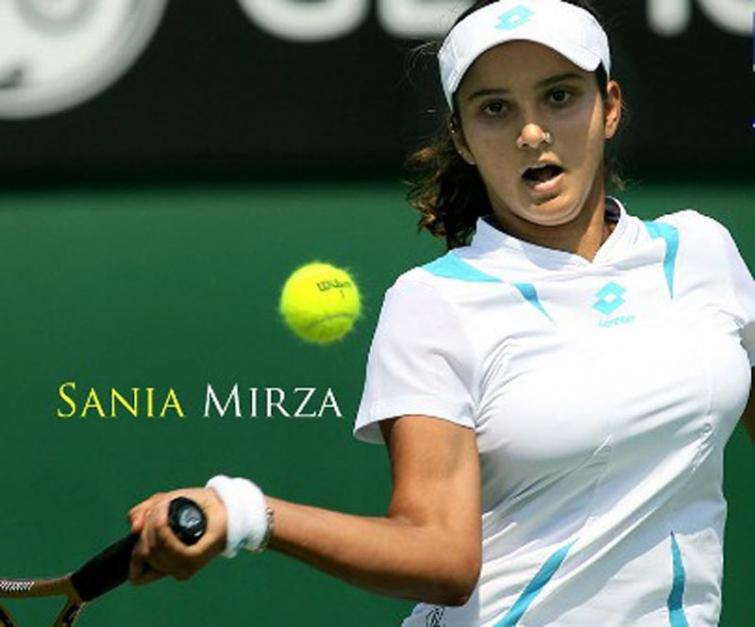 Sania and Kichenok outclassed Slovenian-Czech pair of Tamara Zidansek and Marie Bouzkova 7-6 (3) 6-2 in the semifinal contest that lasted one hour and 24 minutes.

The fifth-seeded Indo-Ukrainian combination will now face second seeds Shuai Peng and Shuai Zhang of China who got a walkover after Belgium's Kirsten Flipkens and Alison Van Uytvanck conceded the other semifinal match because of injury.

"It feels amazing, especially to me, for someone who’s not played for so long. I’m really excited to be in the final with Nadiia. I think today we weren’t playing our best, but we still came through, " Mirza said, in her on-court, post-match interview.

Mirza, who has spent 91 weeks as the top-ranked player in the Women's Tennis Association (WTA) doubles rankings over her career, had not played on the WTA since a semifinal run at the 2017 China Open.

During her time away from the game, she battled injury breakdowns before taking a formal break in April 2018 to give birth to her son Izhaan. She is married to Pakistani cricketer Shoaib Malik.

The former World No 1 Sania Mirza has six Grand Slam titles to her credit. She retired from the singles competition in 2013, after becoming the most successful Indian woman tennis player.