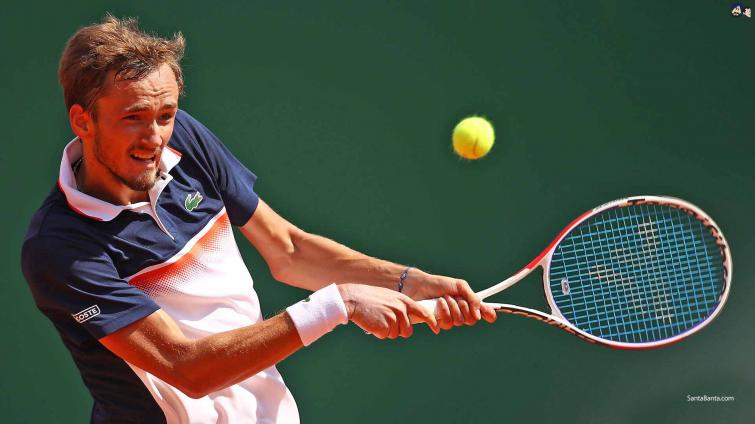 The 23-year-old has established himself as the biggest star outside the Big Three - Novak Djokovic, Rafael Nadal, and Roger Federer - in the Tour in the year of 2019 as he now has a Tour-leading 58 wins and three-time Masters finals appearances including a winning showdown over David Goffin of Belgium in Cincinnati.

Greek talent Tsitsipas, who knocked out world No. 1 Djokovic on Friday, missed a set point in the 12th game of the first set before committed two errors in the tiebreak in which he lost 7-5.

The US open finalist Medvedev played consistently in the second set as he broke twice in the third and 12th games. Tsitsipas also broke in the 10th game, when Medvedev was serving for the match, to level the set 5-5.

Medvedev faces either Alexander Zverev, who ousted Roger Federer on Friday or Matteo Berrettini of Italy in the final.