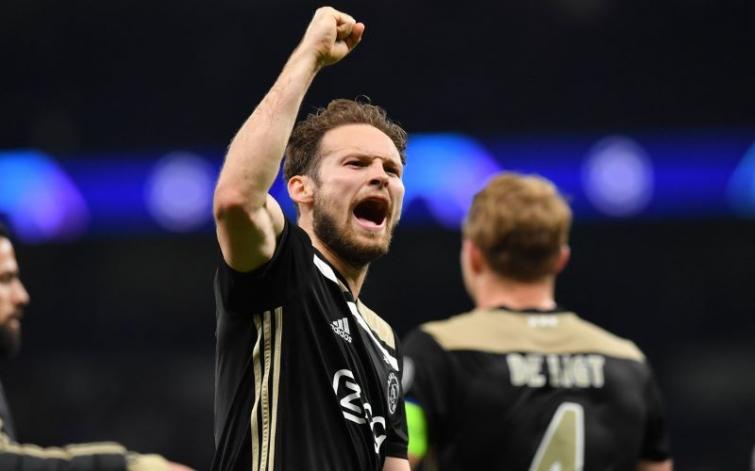 London, May 1 (Xinhua): Ajax took a 1-0 lead over hosts Tottenham in the first leg of the European Champions League semifinal thanks to a goal from Donny van de Beek here on Tuesday.

Van de Beek broke the deadlock in the 15th minute when he received a through pass from Hakim Ziyech and slot it past Hugo Lloris.

Mauricio Pochettino's side suffered another blow in the 32nd minute, when defender Jan Vertonghen's face hit teammate Toby Alderweireld's head. He received treatment on the field and returned to action six minutes later but was forced to leave the pitch after only 40 seconds.

Tottenham's best chance came in the second half from Vertonghen's substitute Moussa Sissoko, whose drive from 35 minute was just wide of the right post.

Ajax, who had beaten Real Madrid and Juventus en route to the last four, almost extended their lead to 2-0 10 minutes from time, but David Neres' shot hit the post and rebounded to safety.

The second leg will be played at Amsterdam on Wednesday May 8.