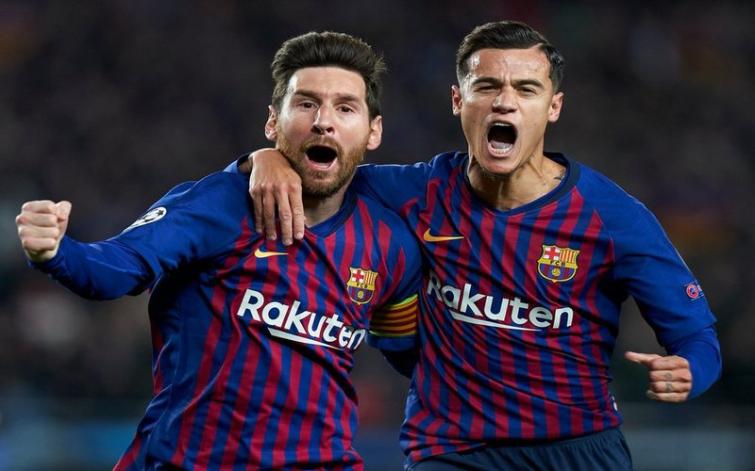 Trailing 1-0 from the first leg, United suffered a 3-0 defeat in the hands of Barcelona at the Nou Camp.

It was in the 16th minute, Messi scored his first goal only to repeat it four minutes later in the match. 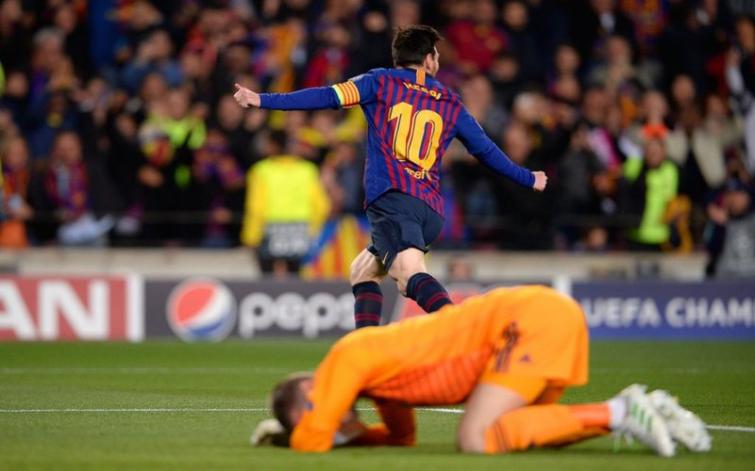 The third goal for Barcelona was scored by Brazilian Philippe Coutinho in the 61st minute denying a chance to United to make a come back.

In the semi-final match, Barcelona will now meet either Liverpoor or Porto, which are taking on each other on Thursday.