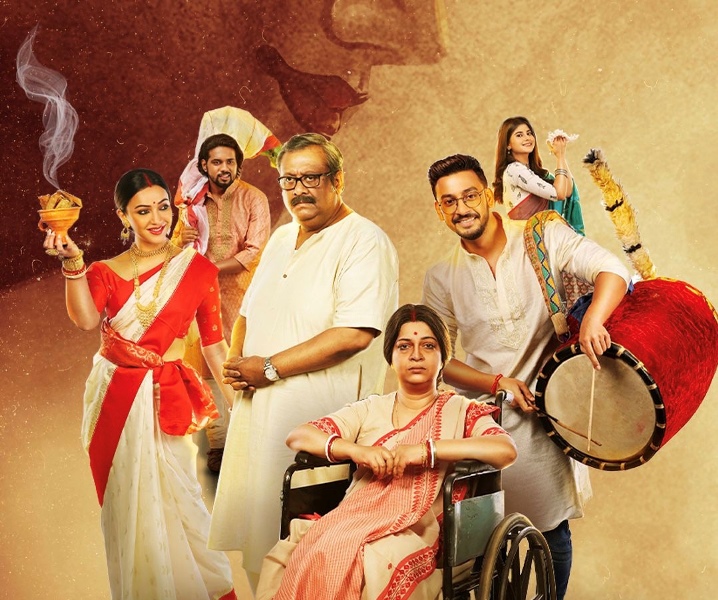 Kolkata/IBNS: On the occasion of Mahalaya which marks the beginning of Devipaksha, Kichukhan Entertainment Sunday released the teaser of its upcoming Bengali film Subho Bijoya, which is directed by Rohan Sen.

The film, which is centred on Durga Puja in north Kolkata, stars Kaushik Ganguly, Churni Ganguly, Bonny Sengupta and Koushani Mukherjee in the lead.

The teaser spanning 1:18 minutes gives a sneak peek into the Banerjee family.

The teaser shows Maa Durga is finally immersed and Bijoya Dashami sets in after the four days of festivity.

The film is slated for post Durga Puja release this year.