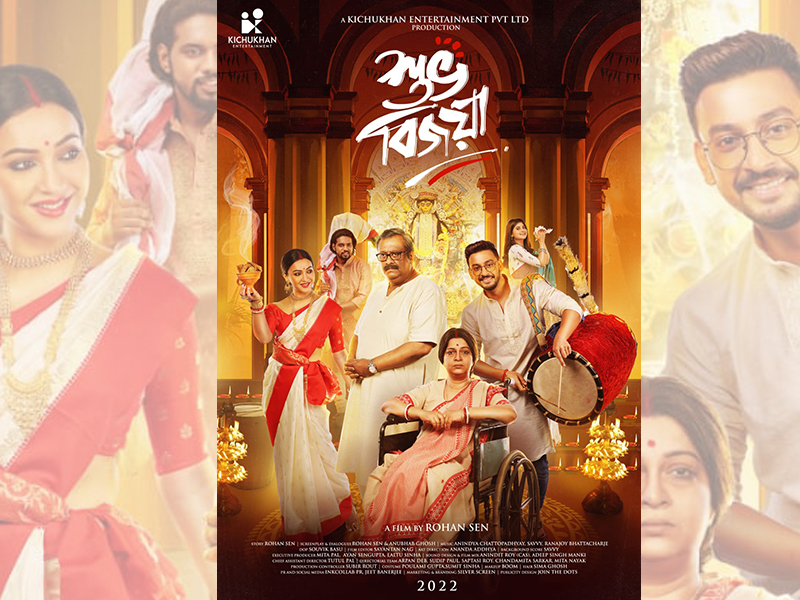 Kolkata/IBNS: The official poster of upcoming Bengali film Subho Bijoya, which is directed by Rohan Sen, was unveiled by the makers Monday.

The film, which is centred on Durga Puja in north Kolkata, stars Kaushik Ganguly, Churni Ganguly, Bonny Sengupta and Koushani Mukherjee in the lead.

Kaushik Ganguly will be pairing onscreen with Churni Ganguly for the first time through this film.

Speaking of pairing with Churni Ganguly onscreen, Kaushik Ganguly told India Blooms, "This is the first time me and Churni are playing an onscreen couple. I am excited to see how that works out."

Sen, who went to the shooting floors in July end, says he had conceived the plot during last year's Durga Puja.