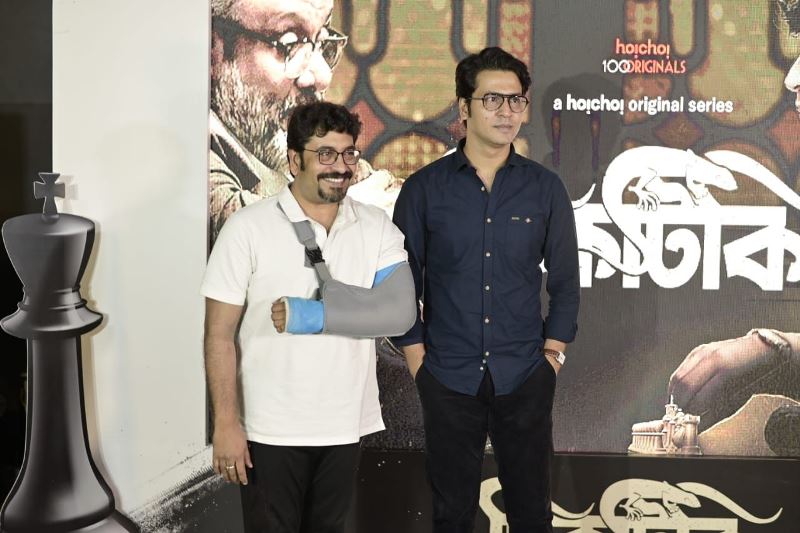 Kolkata/IBNS: Bengali OTT platform hoichoi has dropped the official trailer of their most awaited web series ‘Tiktiki’ at a gala press conference organised that was thematically adorned with decors representing the black and white element of the series.

Apart from being hoichoi’s 100th originals, the trailer launch event of ‘Tiktiki’ was dedicated to celebrating a multitude of occasions like the web debut of the immensely talented actor and director Kaushik Ganguly as the lead cast of Tiktiki along with the directorial debut of the blockbuster director Dhrubo Banerjee on hoichoi.

The series also marks the coming together of the two talented actors Kaushik Ganguly and Anirban Bhattacharya for the first time for Tiktiki.

The trailer of the Dhrubo Banerjee directed begins with the suspenseful visuals of the palace, moving on to an interesting meeting between the polar opposites, Soumendra Krishna Deb (played by Kaushik Ganguly) and Milan Basak (played by Anirban Bhattacharya), that slowly turns onto an absolute chaotic brilliance as the characters start to unveil themselves.

The trailer that begins with cordial greetings turns into a never-seen-before duel and finally ends at a gunshot leaving the audience at a fascinating cliff-hanger.

The trailer launch event also witnessed the launch of the Tiktiki Game.

The game is available on the hoichoi app (in the menu section) and the users play the game for free for anyone who wants to download and play the game.

Talking about Tiktiki’s trailer launch, director Dhrubo Banerjee said, ‘’It is an unparalleled moment for me to showcase the Trailer of my first web Directorial venture, Tiktiki, in such a grand manner in front of our media friends." 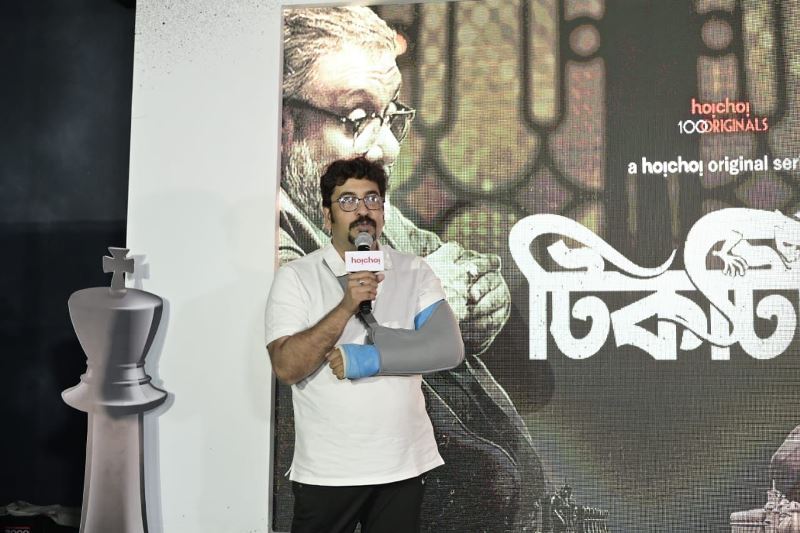 "I feel grateful to my entire team and hoichoi for making this day so special. Right now, I am solely cherishing every moment that we have spent in creating Tiktiki. I hope the audiences love the show and the recognizes the passion that has went into making Tiktiki.”

Elated about Tiktiki, actor Anirban Bhattacharya, said “I am happy about not only getting to play such a powerful character as Milan Basak, but also to share screen space with such an accomplished actor like Kaushik Ganguly.

"‘Tiktiki’ is the kind of project that I feel will leave a mark in people’s mind. I am grateful to Dhrubo Banerjee for making Tiktiki and making me a part of it. I will always have a special place for hoichoi for bringing in such unique content for our audience. I am looking forward to the audience reactions once the show gets released on hoichoi,” said he. 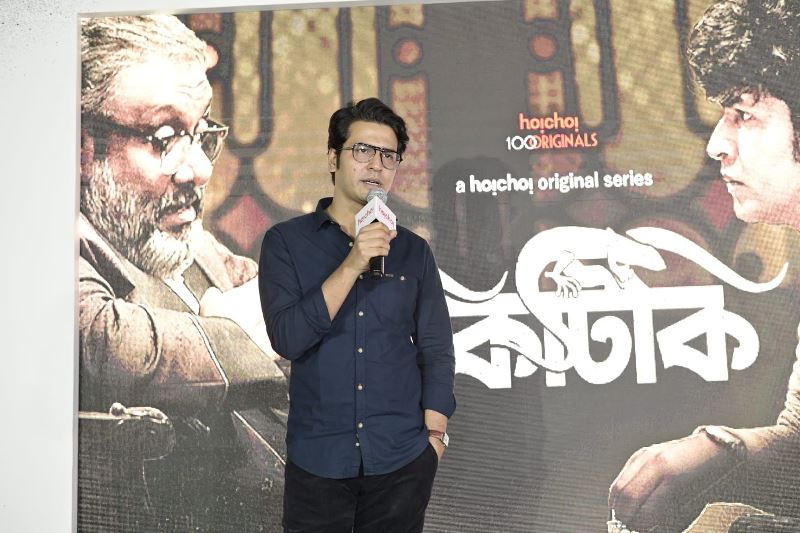 Kaushik Ganguly, while talking about his experience of working on Tiktiki and his debut on OTT said, “I feel very excited at the moment at the trailer of my first web series Tiktiki is out. It is an absolute delight for me to be marking my debut with something that is as grand as Tiktiki.

"I am thankful to Dhrubo Banerjee for Soumendra Krishna Deb and simply hope that I have done justice to the character. I would also like to thank Anirban Bhattacharya, for being such an amazing co-actor. I am immensely thankful to the entire team of Tiktiki and hoichoi for making the journey of my first web series for memorable.”

The web series is slated to stream on hoichoi from March 18.