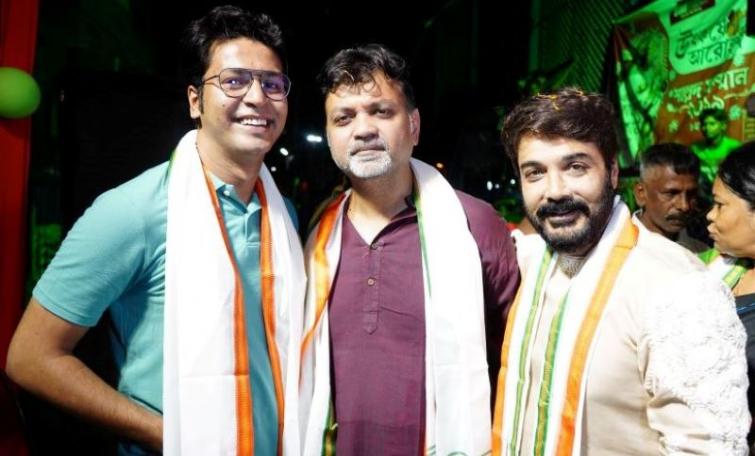 Kolkata: The cast and crew of director Srijit Mukherji’s Pujo release Gumnaami were present at a North Kolkata Youth Club on Sunday to unveil the statue of Netaji Subhas Chandra Bose.

Along with revealing the statue of British India’s most revered freedom fighter, the team also did an inaugural public screening of the song ‘Dhawno Dhanyo’ from Gumnaami, dedicated to this great hero.

Along with Srijit, lead actors Prosenjit Chatterjee, Anirban Bhattacharya were present at the vent. 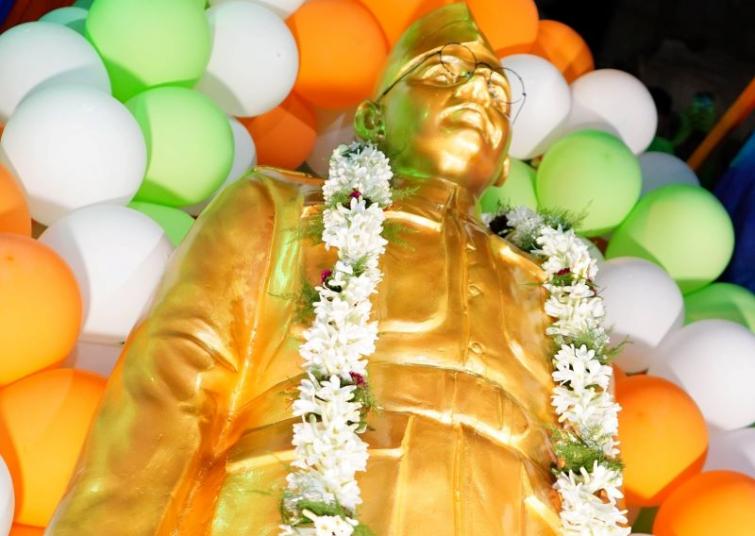 Gumnaami is a film based on the Mukherjee Commission Hearings which happened from 1999 to 2005 where the three theories about Netaji Subhas Chandra Bose's death were discussed and debated. It is a dramatization of the hearings where an investigative journalist supporting the 'Gumnaami Baba theory' locks horns with the official lawyer who supports the 'plane-crash theory'. In their clash, the 'Death in Russia theory' also comes up.

The song ‘Dhawno Dhanyo’ has been originally composed and penned by the legendary poet Dwijendralal Roy which has been rearranged by famous music director Indraadip Dasgupta in the film. 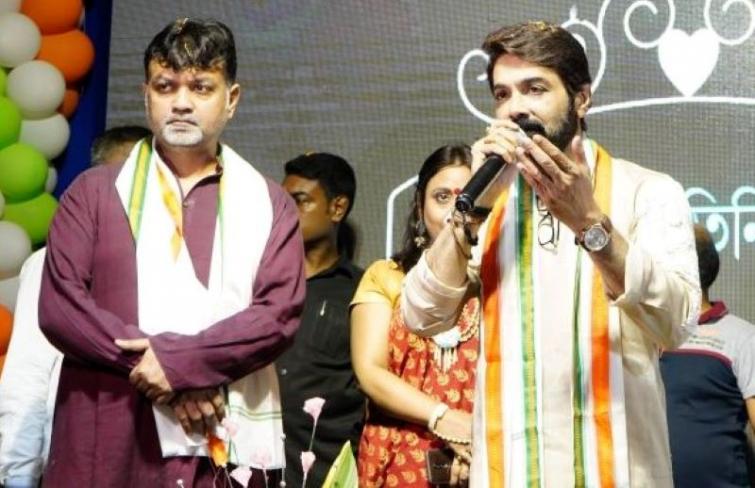 While the song narrates the glories of our motherland -India, the song video depicts the trying times one of her sons (Subhas Chandra Bose) has to go through in order to ensure freedom for  her. The song takes us through the various theories on the death and disappearance of Netaji Subhas Chandra Bose.

Elucidating about the song and his upcoming release director Srijit Mukherji said, “It is an honour to inaugurate the figurine of an individual whom I have idolised since childhood. This couldn’t have been a better occasion to launch our 3rd song from the film, Dhawno Dhanyo,  which not only glorifies our motherland, but also is a fitting tribute to one of her greatest sons – Netaji Subhas Chandra Bose” 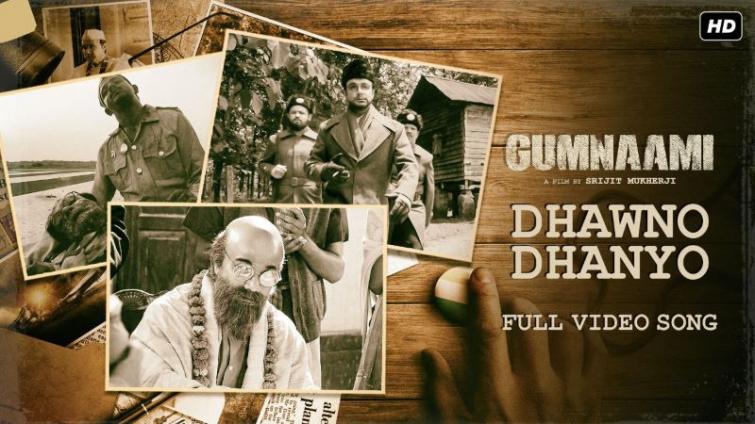 The Bengali version of Gumnaami produced by SVF and starring Prosenjit Chatterjee, Anirban Bhattacharya, Tanusree Chakraborty and others is scheduled to release on Oct 2 nationally, followed by the Hindi version release on 11th of the same month.