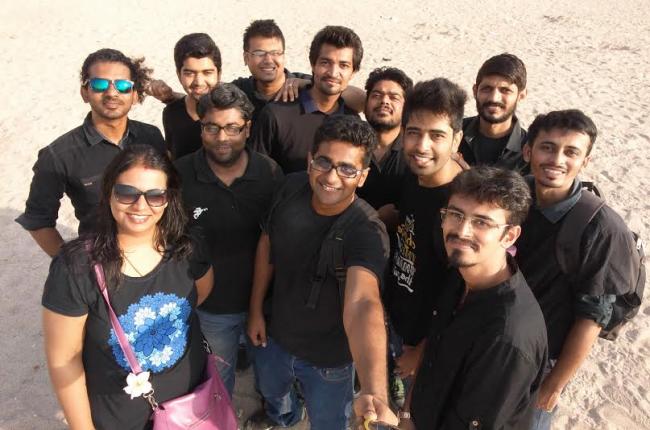 The two minute thirty seconds film will be shown in all theatres nationally to honor the unsung heroes of the tragic terrorist attacks that took place seven years ago.

This brings more than 100 such brave hearts together, which include Mumbai’s top police officers, doctors and staff of Cama Hospital, staff and employees of Taj and Oberoi Hotel, Mumbai Fire Brigade and  family members of those who lost their lives, among many others.

Raj Konar, Founder - FadooTV.com, whose brainchild it is stated that, “It’s been seven years to this tragic event. It’s saddening that every single person out there recognizes the name of that one terrorist, but little do they know about our national heroes who stood on the front line and took the bullets to their chest. It took us 3 years of rigorous follow ups, knocking every possible door of govt. officials, committed hard work and sweat to make this film. I am very proud that it is now out there for citizens to see the brighter side of that day via this film tribute.”

The film has received music from the very popular Salim & Sulaiman Merchant. This tribute film features an introduction by Farhan Akhtar who readily agreed as he resonated to the essence of this initiative and the horror of the events.

His introduction is followed by the melodic unison of artists, namely, Sonu Nigam, Sunidhi Chauhan, Shreya Ghoshal, Shaan and Kailash Kher who all present the heroes by singing the national anthem.

Co-founder Aishwarya Sandeep - FadooTV.com corroborates, “Being from a non-filmy background it was very difficult, we approached many musicians. It was Salim Merchant who agreed immediately and offered his support. In fact many technicians and artists including Accord Equips helped us with resources for free because they all believed in the cause. We are grateful for their contribution in making this video a success and see day-light.”

The film was first previewed at the 17th Jio MAMI Film Festival and was played before every film screening.