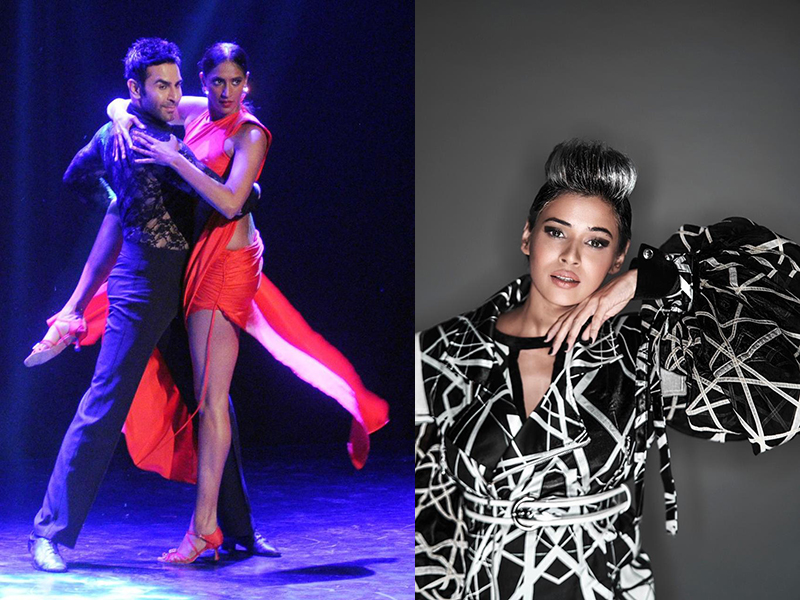 Mumbai: As the 12th edition of KASHISH Mumbai International Queer Film Festival, South Asia’s biggest LGBTQIA+ film festival, comes to a close on Sunday,  a grand spectacle at the  Closing & Award ceremony is planned at 6.00 pm on the festival’s social media handle @kashishfilmfest.

The evening features performances by Shalmali, Sandip Soparrkar, Aneri Chaudhary, Ms.Tayano and Color Positive, as well as talks by supporting partners, award partners and community partners of the festival.

“It promises to be a heady evening with song & dance performances by queer community and allies, and a fashion show, and a beautiful video with all the KASHISH team members. And what of course spices up the event even more are the announcement of the awards in 10 competition categories at KASHISH 2021 with a total cash award of Rs.3,95,000!! The icing on the cake is meeting all the winners and hearing what an award at KASHISH means to them!!," said Sridhar Rangayan, festival director.

Popstar Shalmali said: “It’s been a pleasure performing for the KASHISH Film Festival, to be a small part of a bigger movement. I’m a believer in diversity, and this association empowers me too to be who I want to be.”

Sandip Soparrkar, dancer & choreographer, said: “It was an absolute honour for my partner Sheela Tiruchi and me to perform for the closing ceremony of KASHISH festival. I was truly humbled when Sridhar sir connected with me and requested me to present our dance. Though the festival is a virtual one, its reach as always is to millions… KASHISH festival connects hearts and believes in building bonds through the love of cinema, and to me dance holds the same values. A huge thank you to the committee of KASHISH Festival for choosing me as one of their performers and also for putting up such an extraordinary show."

Radio Ki Heroini RJ Rohini Ramnathan, who is the host of the closing ceremony, said: "For me, hosting the closing night at KASHISH 2021 strengthens the bond I share with the most inclusive film festival in India. Thank you for accepting straight and queer alike to come together and spread the message of love and inclusivity.” 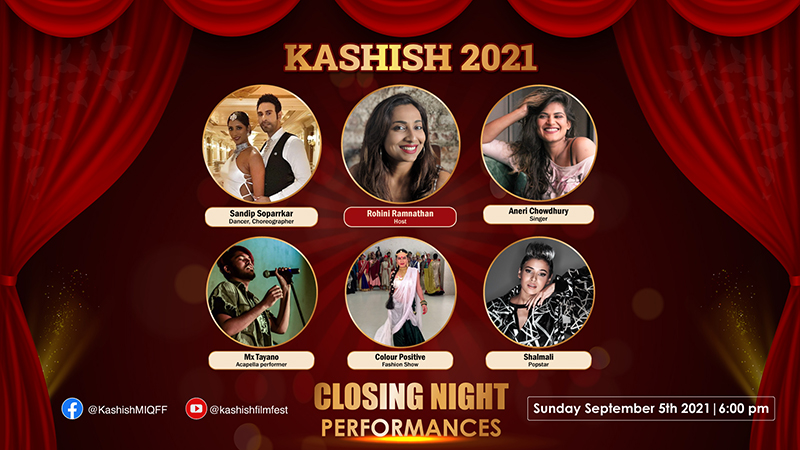 At the event, one also gets to see the nominations, hear who the winners are and hear from the winners themselves about their excitement on winning an award at KASHISH 2021!

“Despite the pandemic, we are glad that we unlock a fashion show with dance performances that showcases inclusiveness through costumes of different ethnicity, and songs that remind you that despite how different we are, we can chose to be ‘all the same’!”, said Savio Mascarenhas, the founder/Director of Color Positive that hosts pageants, plays and events for the LGBTQIA+ community.

“We are delighted that our team could participate in KASHISH this year,” he added.

Mx Tayano, the Acapella artist, said: “Performing for KASHISH this year was a lot of fun. From brainstorming an initial idea to shooting a video for the same.

"It is extremely invigorating to perform alongside so many queer artists like myself. The pandemic has not shaken our spirit to deliver our performance even on a virtual platform. I jumped on the opportunity to showcase my talent for the closing ceremony and I’m very eager for everyone to see the lovely performances lined up.

"I would like to thank KASHISH for organising this festival and giving me a stage to portray my talents as a queer non-binary individual.”

Aneri Chaudhary, singer, said: “I have been to the KASHISH film festival before with my ex-girlfriend and all seemed really fancy to me then. She introduced me to a whole new world, full of opportunities and colors and love. I was on the other side of this event back then. I watched and it only amazed me."

"Then there was a long break and then I happened to meet a few wonderful people for a picnic, out of which few were from Color Positive. And I can't begin to explain how I magically one night was singing with the group of people and today, here I am singing at the closing ceremony of KASHISH. I'm attending the KASHISH Film Festival this year, but this time on this side of the event.

"And I couldn't find another word to explain how I feel, truly magical. It feels awesome to be associated with KASHISH. I am truly honoured and grateful to be a part of this year's festival. I absolutely love it”,

The closing ceremony will be followed by the closing film Unsound, an Australian feature film about the romance between a deaf transman and a singer.