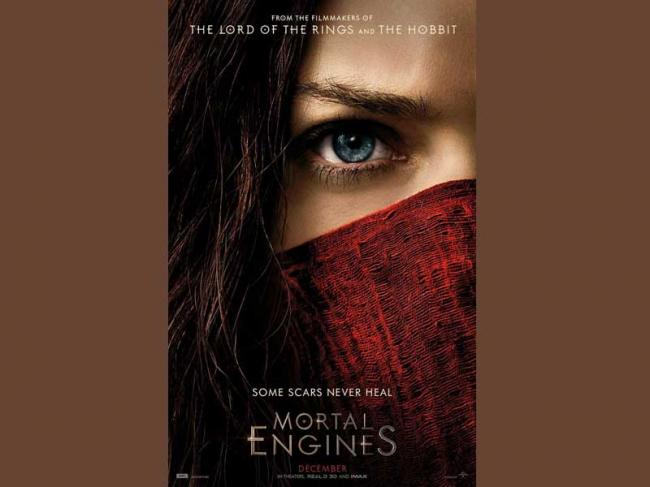 Mortal Engines is an upcoming post-apocalyptic adventure film directed by Christian Rivers and with the screenplay written by Fran Walsh, Philippa Boyens and Peter Jackson.

It is based on the novel of the same name by Philip Reeve.

An American-New Zealand co-production, the film is set in a post-apocalyptic steampunk world where entire cities have been mounted on wheels and motorised, and prey on one another.

It stars Hera Hilmar, Robert Sheehan, Hugo Weaving and Stephen Lang among others.

The movie is set to release on Dec 14.