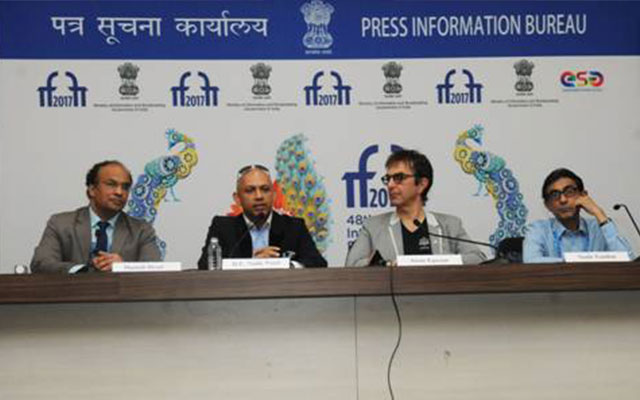 Panaji, Nov 27 (IBNS): Canada partnered with the International Film Festival of India (IFFI) to be the ‘Country Focus’ for the 48th edition of the event.

The press conference related to the Canadian movie Meditation Park was attended by the Counsel General of Canada Jordan Reeves, and the cast and crew of the movie including producer Stephen Hegyes, director Mina Shum, and actors Cheng Pei Pei, Tzi Ma and Don McKellar. Besides talking about Meditation Park, the panel members spoke about the India - Canada collaboration and dealing with a movie budget model in countries as well as the stereotypes Asians often face.

Jordan says, “One of the things that really impressed the Canadians was the encouragement, the warm welcome and the hospitality. Some of the discussions we've had this week have been very exciting. Canada had a couple of things that we wanted accomplished here. First was to provide a platform for Canadian films, artists and filmmakers and the other was to increase collaboration between our two main industries.”

Director Mina Shum adds, “The inspiration for the film, the character in many ways comes from the idea that we live in world where citizens feel completely powerless. We can't do anything about the environment or the corporation. So I wanted to create a character that was powerless within a family structure.”