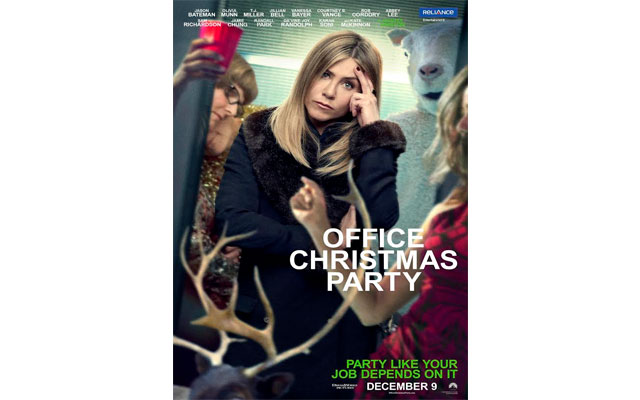 Is Office Christmas Party the new hangover of 2016?

India Blooms News Service | | 08 Dec 2016, 07:52 pm
#Office Christmas Party, #Hangover, #Jennifer Aniston, #Jason Bateman
Mumbai, Dec 8 (IBNS): The trailer of the movie 'Office Christmas Party' is out and and without any doubt it has left audiences with n number of speculations.

The Office Christmas Party, the upcoming American comedy film will hit the theaters this Christmas.

The trailer is all about how crazily the entire office have been setting up an insane Christmas party and enjoying it to the fullest.

The most interesting part is that is the trailer portraying the movie to be a new hangover of 2016??

If we see the story line of the film it has a great deal of similarity with Hangover as both the movie is based on changes that happen on a single night.

Hangover series that stars Bradley Cooper, Ed Helms, Zach Galifianakis, Heather Graham, Justin Bartha, and Jeffrey Tambor had taken humor to a complete different level making it one of the best made comedy thrillers of Hollywood.

The Office Christmas Party featuring Jennifer Aniston and Jason Bateman has set us back with their performances in the trailer.

Jennifer Aniston and Jason Bateman who are known for their epic comic timings are bringing us one of the biggest comedy of Hollywood.