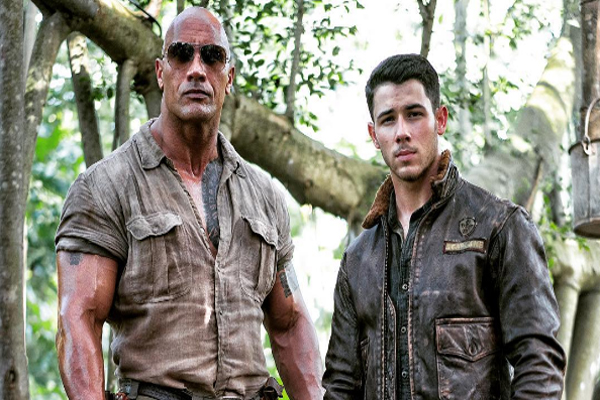 In a picture from the set of the movie as shared by Johnson, the wrestler-turned actor is seen standing beside Nick Jonas.

"Officially welcoming my guy@NickJonas to #Jumanji. Great dude, great positive energy and very talented. He's gonna kill this role like I kill things with my bare hands. The jungle awaits. The adventure continues. And ironically the one who sings the most on set is Jack Black .#OnLocation #Hawaii#WelcomeToTheFamilyNick #Jumanji ,"  Johnson wrote on his Instagram page.

It is a continuation of the 1995 film of the same name, and a tribute to the late Robin Williams.

The film is scheduled to hit the silver screen in 2017.