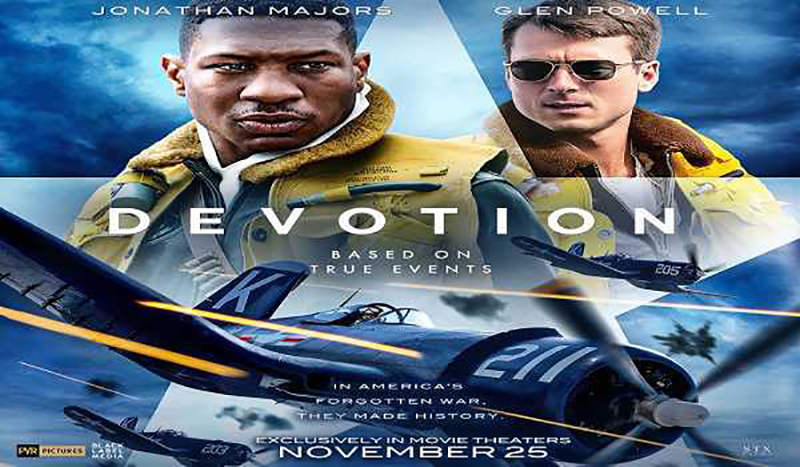 New Delhi/UNI: PVR pictures is all set to release an aerial war epic Devotion on Nov 25.

Directed by popular filmmaker J D Dillard, Devotion is an incredible story of friendship and devotion.

This multi-starrer based on the bestselling book by Adam Makos is being looked forward to by the fans in the country.

Their heroic sacrifices and enduring friendship ultimately makes them the Navy’s most celebrated wingmen.

To capture the film’s thrilling aerial photography, the filmmakers turned to Oscar-winning cinematographer Erik Messerschmidt, who was joined by aerial coordinator Kevin LaRosa Jr. and aerial DP Michael Fitz Maurice, whose work may currently be seen in Top Gun: Maverick.