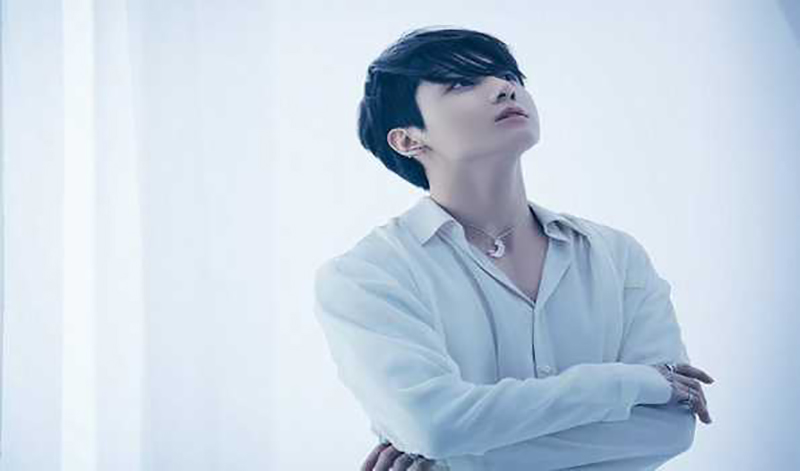 Seoul: BTS ARMY has manifested it once again albeit in part. After months of raging rumours, it is now official that BTS will be near Doha for the soccer extravaganza, in the form of its maknae, Jeon Jungkook, who will participate in the 'FIFA World Cup Qatar 2022' opening ceremony.

On Saturday, Big Hit Music finally confirmed what has been rumored since earlier this year - that BTS were set to perform at the opening ceremony for the 'FIFA World Cup Qatar 2022'.

"Proud to announce that Jung Kook is part of the FIFA World Cup Qatar 2022 Soundtrack & will perform at the World Cup opening ceremony. Stay tuned!"

Although the septet will not be performing at the opening ceremony, Jungkook will be taking the stage as BTS's representative, media reports said.

The opening ceremony of the 'FIFA World Cup Qatar 2022' is scheduled to take place on Sunday, November 20, at Al Bayt Stadium in Al Khor City of Qatar, on the same day as the kick-off game of the tournament.

The opening match is between Qatar and Ecuador.

Currently, the members of BTS are also active as official promoters of 'The Goal of the Century', a global sustainability initiative by Hyundai Motors in partnership with the 'FIFA World Cup Qatar 2022'.

Jungkook was in Qatar recently and pieces are falling place with the jigsaw coming together.

#FIFAKOOK is already trending as an ARMY tweeted: "Jungkook you are such a superstar. The fact you just entered solo era and you already performing at the biggest worldwide event. Proud is just a very small word. You deserve so much and we will be supporting you."

However, there were others, who said: "I waited for months, it's disappointing not to see all the members for this song and performance."