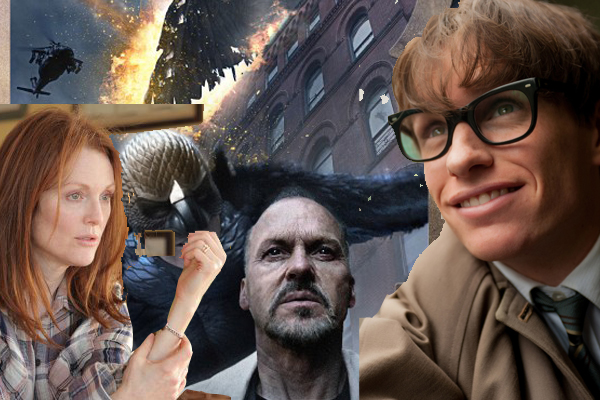 British actor Eddie Redmayne is the winner in the Best Actor category for The Theory of Everything, while Julianne Moore got the best actress for Still Alice.

While The Theory of Everything is British biographical romantic drama film on the life of Stephen Hawking with Eddie Redmayne essaying the physicist, in Still Alice Julianne Moore plays the role of Alice, a Columbia linguistics professor diagnosed with early-onset Alzheimer's disease.

The Grand Budapest Hotel is the winner of the Oscar for original score, composed by Alexandre Desplat.

Neil Patrick Harris hosted the Academy Awards for the first time this year. His hosting also earned some controversy and he began with a joke  on the lack of diversity in the Academy saying: “Tonight we celebrate Hollywood’s best and whitest, sorry … brightest.”.

Eddie Redmayne — The Theory of Everything

Achievement in Makeup and Hairstyling