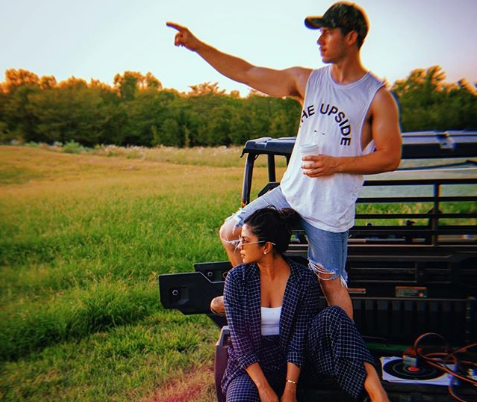 Nick Jonas feels his future is 'bright' with Priyanka

"When the future looks oh so bright... ðŸ˜Ž @priyankachopra," Nick posted on Instagram.

After keeping the media guessing for a long time, Nick and Priyanka got engaged in a traditional roka ceremony on Aug 18.

When the future looks oh so bright... ðŸ˜Ž @priyankachopra

The lovebirds might tie the nuptial knot, if media reports are to be believed.

Priyanka is considered one of the most successful Indian movie actors in recent times.

She gained achievement in international projects like US TV series Quantico.