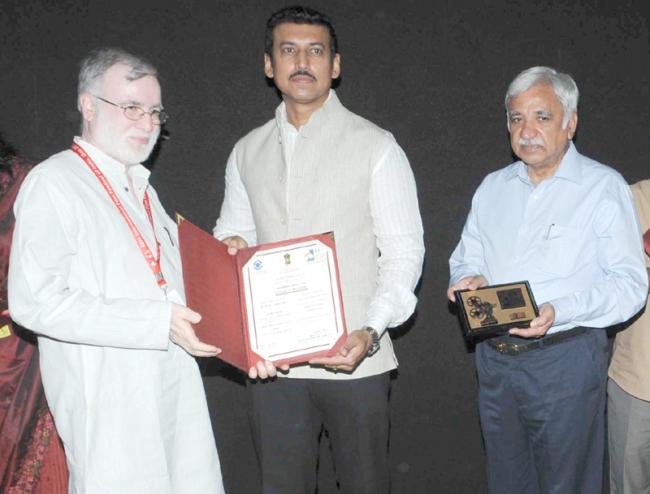 At the inaugural event, the Minister of State for Information and Broadcasting, Col. Rajyavardhan Singh Rathore, did the honours to the Jury members of the Indian Panorama.

The Minister also presented honours to cast and crew of ‘Priyamanasam’ and directors of ‘Goonga Pehelwan’. Indian Panorama opens with a Sanskrit film after three decades.

The Jury for Feature Films is headed by filmmaker Aribam Syam Sharma has selected 26 films out of 230 eligible entries.

The Film ‘Priyamanasam’ (Sanskrit) directed by Vinod Mankara has been chosen as the Opening Film by the Feature Film Jury of Indian Panorama 2015.

The Non-Feature films Jury chaired by  filmmaker  Rajendra Janglay has picked 21 films out of 146 eligible entries.

.
The Best Feature Film of 62nd National Film Awards 2014, titled “COURT” directed by Chaitanya Tamhane and the Best Non Feature Film “TENDER IS THE SIGHT” directed by Torsha Banerjee have been automatically included in the Indian Panorama 2015, by virtue of direct entry.