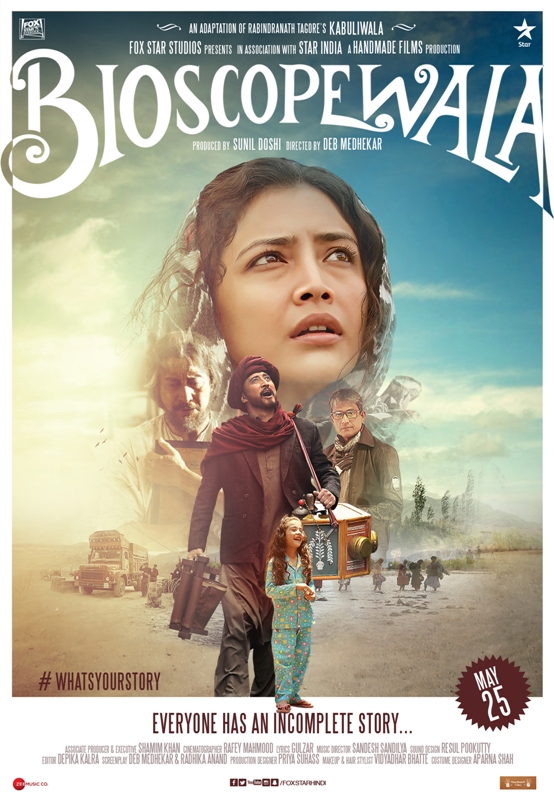 Mumbai, May 18 (IBNS): Deb Medhekar, writer and director of Bioscopewala, hopes that he gets to screen his film in school, colleges in Afghanistan as  the plot of his film, based on Rabindranath Tagore's classic tale, Kabuliwala where the film's lead character is from Kabul and Bollywood cinemas are loved there.

But due to tense political climates have lead to closure of several theatres but Hindi ventures are only infrequently aired in few theatres.

The short's adaptation, featuring Danny Denzongpa and Geetanjali Thapa, revolves around a dry fruit seller from Kabul, who comes to India to sell his wares.

He befriends a young girl, who reminds him of his daughter living in Kabul.

The director has written letter to Dr Shaida Abdali, Afghanistan ambassador to India, requesting for  a screening in the country.

Though he is uncertain of getting permission for a theatrical release, he is hopeful his film will screen in schools, colleges or other public platforms.

His letter states that Afghanistan has been portrayed in a positive light in the film, speaking about it, he says, "While making the film, I hoped that, someday, it would screen in Afghanistan. The film traces the roots of the Bioscopewala back to his home country. I thought it would be befitting to screen it there. I'm keenly awaiting a positive response. It would give me satisfaction, [a belief] that, in the end, the Bioscopewala does find his way back home."