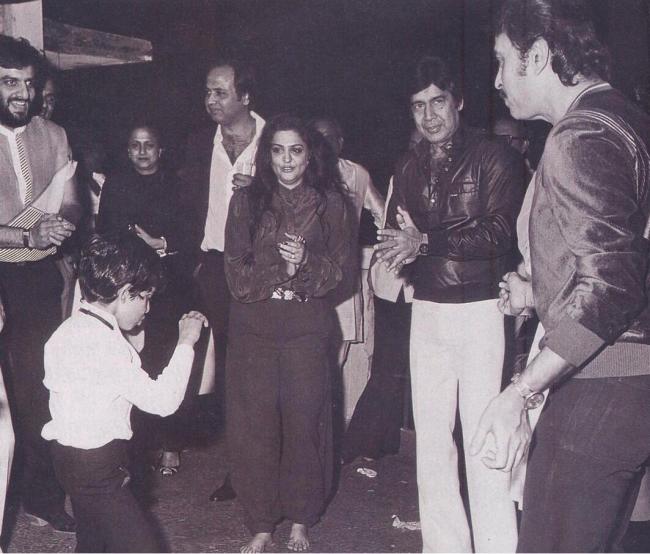 Mumbai, Apr 29 (IBNS): Bollywood actor Hrithik Roshan on Sunday shared an interesting image on Twitter where he could be seen dancing and entertaining the audience when he was just 8-year-old.

Hrithik has often said he is a fan of late international singing and dancing sensation Michael Jackson.

The image which Hrithik shared on social media on Sunday was taken in 1982 when Michael's popular number Thriller had released.

"1982. MJ’s Thriller has just released. That’s an inspired 8 year old me doing nonsense but to mom n dad I was Jackson that night," Hrithik captioned the image.

Hrithik is considered as one of the biggest dancing superstars of Bollywood.

In 2014 movie Bang Bang, Hrithik had paid a tribute to MJ with his dance in the title track of the film.

Hrithik is currently busy shooting for his upcoming movie Super 30,.

The movie is based on the life of mathematician Anand Kumar.

Kumar is also the founder of Super 30 programme.

Super 30 is directed by Vikas Bahl.

The movie is likely to release next year.

Hrithik was last seen in Kaabil.