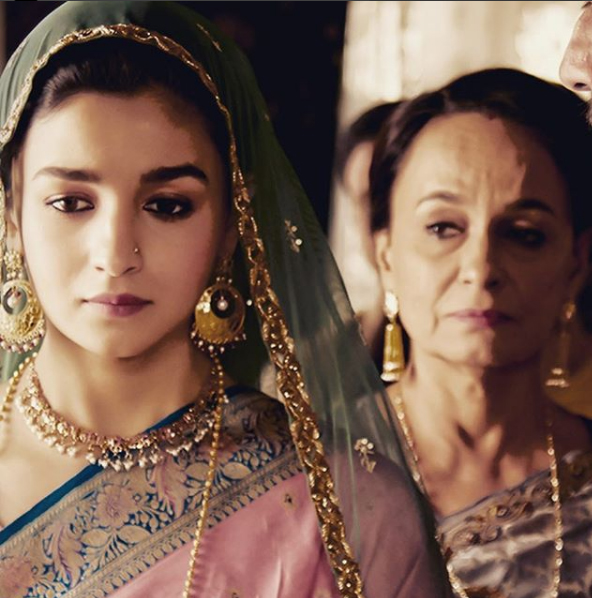 She recently shared an image from the movie where both Alia and Soni could be seen and said the track "Dilbaro" made everyone cry while the shooting was being performed.

"This song had us all crying while we were shooting it. We didn’t need no glycerine... #motherdaughter #bidai#dontgo #raazi @aliaabhatt@meghnagulzar @raazihoon@dharmamovies," she captioned the image where could be seen in full bridal make up.

Alia is playing the lead role in the movie.

Meghna Gulzar directorial film is scheduled to hit the big screens on May 11.

Apart from the Highway actress, the film also starres Vicky Kaushal in one of the lead roles.

Raazi's plot will be centred on a Kashmiri girl marrying a Pakistani boy and the two characters will be played by Alia and Vicky respectively.

The film is a period thriller and an adaptation of Harinder Sikka's novel Calling Sehmat.