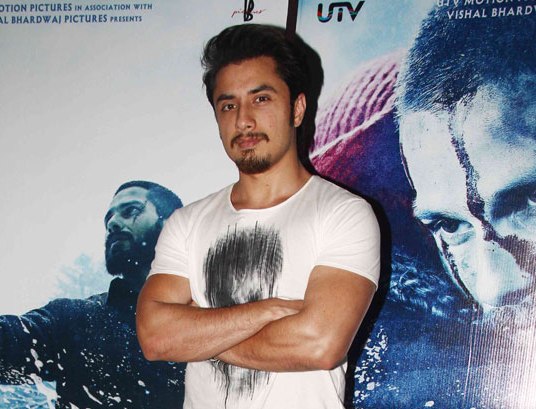 Meesha had tweeted: "Sharing this because I believe that by speaking out about my own experience of sexual harassment, I will break the culture of silence that permeates through our society. It is not easy to speak out.. but it is harder to stay silent. My conscience will not allow it anymore #MeToo."

Ali had rejected her allegations.

In his statement, he had said: "I intend to take this through the courts of law and to address this professionally and seriously rather than to lodge any allegations here."

In the legal notice, as reported by Pakistan-based Dawn News, Ali has demanded that Meesha deletes the tweet that contains her allegations against him and issues an apology on Twitter, failing which he will file a Rs 100 crore defamation suit against her.

Speaking to Dawn News, Meesha's lawyer, Barrister Muhammad Ahmad Pansota shared: "We have received the notice and are examining its contents. The contents of Meesha's statements with regard to Ali Zafar are based in truth, and therefore we dispel this notice."

Meesha Shafi is an actress and singer who have starred in several Pakistani serials.

She has featured in Mira Nair's film The Reluctant Fundamentalist.

Shafi also played the role of a swimmer in the the 2013 Bollywood film Bhaag Milkha Bhaag.

On the other hand Ali Zafar is a known face in India and has starred in a number of Hindi films including  Dear Zindagi, Mere Brother Ki Dulhan, Chashme Baddoor, Kill Dil and Total Siyapaa.