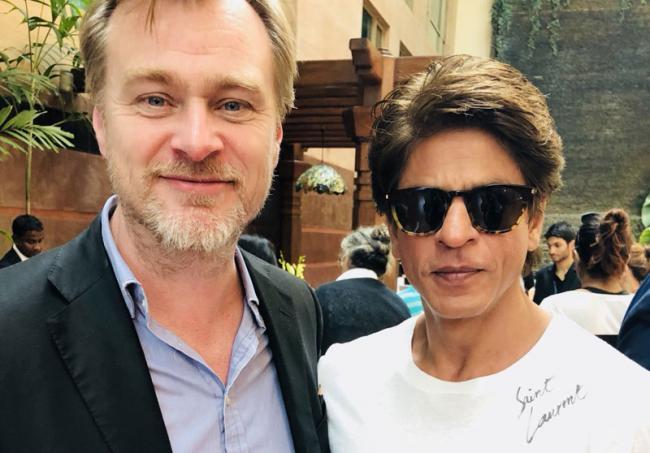 Khan shared his image with the director on his Twitter page.

Khan called it a 'fanboy' moment.

Sharing the image, Khan tweeted: "My Fanboy moment. Inspiring to hear Mr.Nolan & Ms.Tacita Dean talk of the virtues of celluloid as an artist’s medium. Thanks @shividungarpur for having me over."

Nolan is currently in India.

Haasan said he was surprised that Nolan has watched his movie 'Paapanaasam'.

Sharing the image of the meeting, Haasan said: "Met Mr.Christopher Nolan. Apologized for seeing Dunkirk in the digital format and in return am sending Hey Ram in digital format for him to see. Was surprised to know he had seen Paapanaasam.