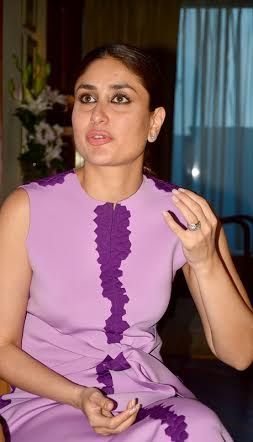 Mumbai, Feb 22 (IBNS): Kareena Kapoor Khan’s pregnancy was probably the most talked about for any actor in the Indian film industry.

While most would shy away from the limelight, the star went on to embrace pregnancy and motherhood and fast became an inspiration to every working mother.

As a UNICEF Advocate, Kareena launched the “Every Child Alive” campaign one which speaks about the harsh reality of the deaths of millions of newborns owning to improper care and malnourishment.

Says Kareena, “In our part of the world, one million babies die every year in their first month of life. 2,800 newborns dye every day in South Asia, before they even reach the age of one month! This is both overwhelming and totally unacceptable to me, especially knowing that these deaths are preventable! UNICEF has launched its Every Child Alive campaign this Tuesday to speak out against this harsh reality. In South Asia, one in every 36 babies dies within a month. The latest UNICEF data shows that no region in the world is more dangerous than South Asia for newborns.”

Talking about the endeavor she adds, “It is both possible and doable to keep many more babies alive and healthy. The governments are doing everything they can to ensure adequate service delivery. However, I would like to reiterate that it is not only about governments doing their bit but it is about civil society taking relevant and collective action. As mothers and societies, we need to do three things. It is time that we all make collective efforts to save newborns in the region.South Asia can become a region where it is very safe to be born. It is not that difficult. It is not that complicated. So, let’s get to work for our newborns.”