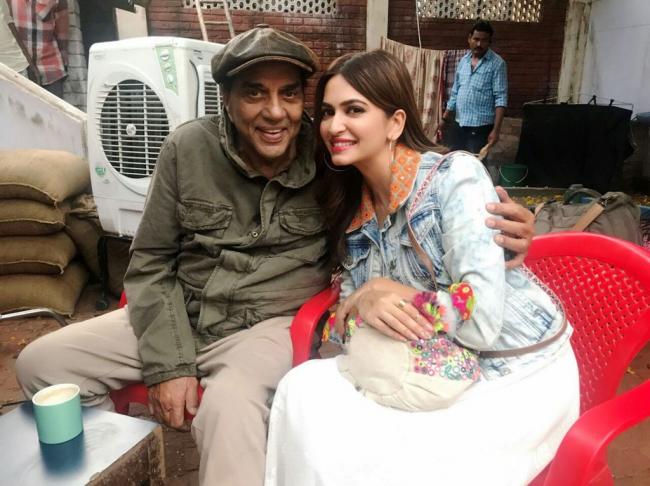 August 10, Kriti Kharbanda can't get over the date for 'an evergreen legend'

India Blooms News Service | | 02 Sep 2017, 11:09 pm
#KritiKharbanda, #Dharmendra, #August10, #EvergreenLegend
Mumbai, Sep 2 (IBNS): The tenth day of August in 2017 has become tough for Bollywood actress Kriti Kharbanda to get over and the only reason is the presence of legendary actor Dharmendra.

Kriti, who will share screen with Dharmendra in the third installment of Yamla Pagla Deewana, uploaded a video on Instagram where the actress was seen to bow down and take blessings from the actor on the set.

She captioned the picture saying: "My first meeting with the man himself. 10.08.2017 A day I'll never forget! â¤ï¸â¤ï¸ #evergreen#legend #bestdayever."