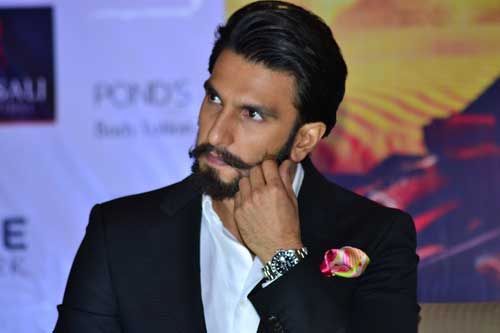 Ranveer, Alia and Diana - this trio packs a punch!

India Blooms News Service | | 14 Apr 2017, 04:05 pm
#RanveerSingh, #Alia Bhatt, #DianaPenty
Mumbai, Apr 14 (IBNS): Although Alia Bhatt and Ranveer Singh haven't been seen in a film together yet, the two have appeared in quite a few television commercials for a travel aggregator. This time theyâ€™ve been joined by the beautiful Diana Penty.

In the new commercial, the two girls are taking on Ranveer Singh and the results are hilarious!

The TVC has the three actors in a corporate set-up, where Alia and Diana are seen taking a guess about where Ranveer hails from. To solve the puzzle, Alia calls out to Ranveer, who plays a typical client that travels only in business class and stays at five star hotels.

She tells him about some cool deals the travel aggregator has. After taking a look at the deals, what ensues are a string of puzzled and hilarious reactions from Ranveer!

The advertisement has been watched multiple times by millions who have commented saying they’ve watched it on repeat because they love the chemistry and the easy camaraderie between the three actors! Fans are in love with the commercial and are hoping to see the trio together in a film soon.

Ranveer Singh is currently shooting for Padmavati while Alia Bhatt will begin shooting Ayan Mukerji’s Dragon later this year. Diana Penty will be seen next in Lucknow Central.