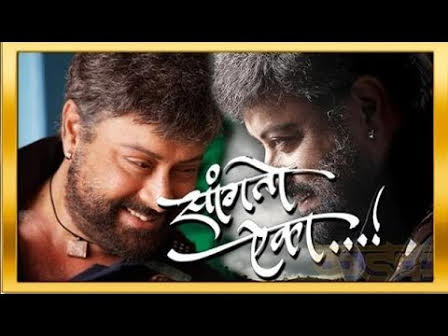 With this move, the makers of ‘Sanngto Aika’ have explored the reach of films beyond the visual medium. For a form of entertainment that is mainly visual, this move has proven to be a step in the right direction, emphasizing the social message that films can carry. ‘Sanngto Aika’ sets a precedent by presenting the tale of Ambatrao, the character played by Sachin Pilgaonkar.

The film was screened at Shri Kamla Mehta Blind School on October 8 in an attempt to share ‘Sanngto Aika’s hope and inspiration with the school’s students. Overjoyed by the gesture, the children expressed their happiness with the film. “It was truly inspiring to see the way Ambatrao just refused to give up. Not only did he fight his personal adversities, but he also brought happiness to the ones who had put him in a bad situation. He is selfless, determined and thoroughly inspiring,” said a young girl from the school.

Ambatrao is a puppeteer, who rises above his situation when he is held responsible for a crime he did not commit, by drawing attention to the critical problems his village is faced with. He evolves from a scapegoat to a local hero by using his skill and wit, bringing relief to the villagers who have been struggling to survive.