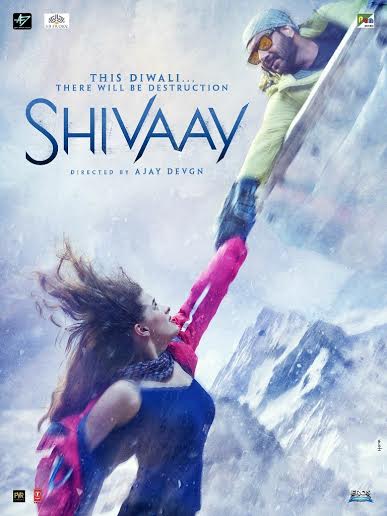 The actor shared the new poster of Shivaay with the tagline "Hang on for your life for a midair Romantic Adventure@6928mts #BeShivaay#JourneyOfShivaay."

This picture which was taken 6928 meters above sea level showcases the love that has blossomed between the two characters amidst turbulence.

The makers of the film think their onscreen chemistry will be worth a watch.

Shivaay is an upcoming Hindi action thriller film directed and produced by Ajay Devgn under his banner Ajay Devgn Films.

The film is scheduled for a worldwide release on 28 Oct, 2016 during Diwali.